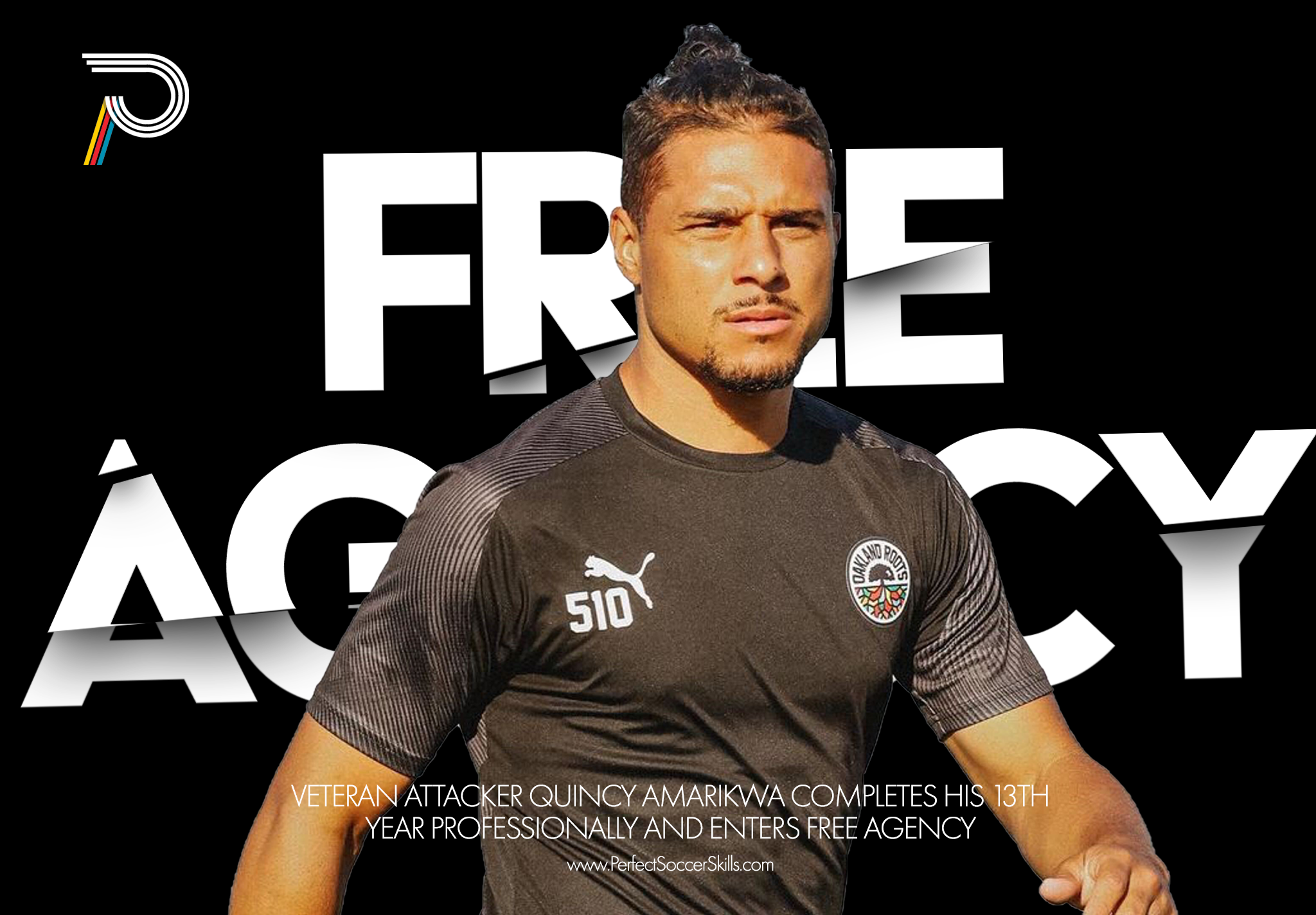 The first year Roots found themselves sitting at the bottom of the USL table, winning only one game in their first twelve with a record of 1 - 8 - 3 before signing Amarikwa.

Upon signing Amarikwa, VP of Soccer Eric Yamaoto shared, “We are excited to add Quincy to the Roots Family,”...“Not only is he a dynamic player with great experience, but his veteran presence in our locker room will continue to push the development of our young Club.”

With 3 months left in the regular season Amarikwa was a catalyst in helping to establish a positive locker room culture and helped to raise the Roots record to 11 - 13 - 8 while playing both the striker and winger positions.

Amarikwa then started and played 120 minutes on the road in a double overtime draw in the second round of playoffs to Orange County. Losing in a penalty shootout 6-5 to who became the eventual USL Cup Champions.

While playing for the Roots, Amarikwa was also involved in leading a number of philanthropic endeavors as Founder of Black Players For Change.

Featuring at the MLS All-Star game as a panelist for the first Barbershop Forum | Wealth & Equity - Building Bridges To Prosperity.