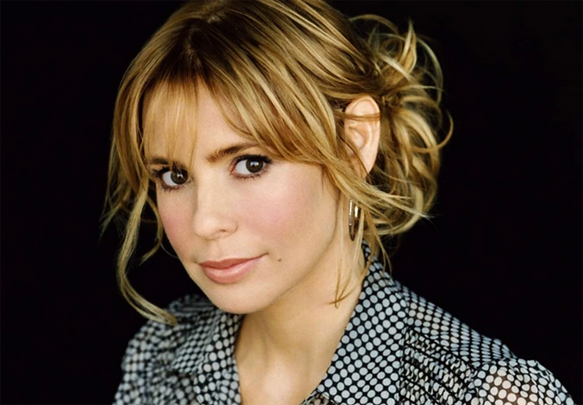 "The Betty" was written by up-and-coming filmmakers Hasan Ali and Jeremy Baker. Hasan Ali is set to direct. "In the early stages while writing 'The Betty,' I spoke with Olivia on the inspiration for her character and how it was inspired by her iconic role as Princess Jehnna in the 1984 fantasy cult classic, 'Conan The Destroyer,'" said Ali.

Set in an alternate reality, "The Betty" tells a story of an unlikely group of heroes accepting their destiny to stop a returning evil from destroying humanity. This story follows Kasia Landen (played by Olivia d'Abo), the billionaire psychic, Alonzo, the Hunter, and Aiko (AKA Short Round), the quirky hacker and badass martial artist, as they set on a journey to save humanity from being infected by disease-carrying monsters, known as Hellions. "The Betty" is an elegant love letter to classic science fiction and horror. It is inspired by cult classics such as "Dirty Harry," "Bullitt," "Big Trouble In Little China," "Blade" and others.

Said Olivia d'Abo: “I am so excited to work with Hasan and Jeremy. Apart from being enormously talented, I think they have a really solid feel for old school cinema and nostalgia.” d'Abo continues, “I’m always really grateful for the roles that still resonate with the fans and that’s why I know deep down in my heart that the fans are going to absolutely love what’s in store next.”

Ali stated, “Jeremy and I were writing this script during the peak period of the pandemic. It was important to us during the creative process that we wrote something that audiences would find highly entertaining and most of all fun. This story harkens back to the golden age of genre films. It almost feels nostalgic. It’s great that we are gaining traction with the first bout of funds for the GoFundMe campaign. This is a major step in the direction of creating a feature film that I feel viewers will enjoy.”
Contact
HJFilmworld
Hasan Ali
908-884-1561