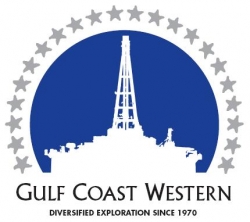 The Dallas, Texas based exploration and production company made the discovery on the west flank of the Valentine Field in a 3-D seismic controlled closure.

The Eagle discovery well was drilled to a total depth of 11,700’ into the Southcoast 3 Sand (Miocene) and encountered 135 feet of net gas pay. Based on preliminary analysis, the Eagle well has potential reserves in excess of 40 Billion Cubic Feet of Gas Equivalent (BCFGE).

“We are extremely pleased with the results from the drilling of the Eagle well and believe it could ultimately become one of the largest producers in the Valentine Field, which is well known for its prolific gas production,” stated Matthew H. Fleeger, Gulf Coast Western’s President and CEO.

Gulf Coast Western, a Dallas-based company founded in 1970, is focused on the exploration, development and acquisition of domestic oil and gas reserves.