The studio band Early Jitters plans to reunite in Dallas to cut a new album and work on a music video before touring. 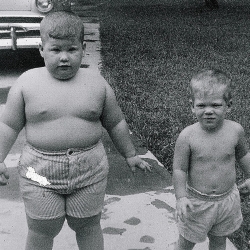 Early Jitters is a rock and roll band from Dallas, Texas and Jacksonville, Florida. It is made up lyricist and guitarist, Sam Roden; bass player and vocalist, Gregory (G.G.) Grant; lyricist, Carlos Serrano and drummer, Lito de la Cruz. Most of Early Jitters music is produced and engineered by Mike McClain, owner of McClain Recording Studio.

Band leader and current Dallas resident, Sam Roden says, “Early Jitters has a song list of 45 songs, most of them rock and roll songs; but I also write some country and western songs, too.” All of the band members have been friends since grade school in Westside, a suburb of Jacksonville, where they grew up. They are all quick to point out that Jacksonville was also the hometown of other great rock and roll bands like Lynard Skynard, 38 Special and Molly Hatchet, all bands that got their start playing the roadhouse and bar circuit in Florida. Sam, however, cites the British bands The Beatles and Led Zeppelin as the bands with the greatest influence on Early Jitters.