Country artist, Lisa Matassa, will perform and give interviews at four country format radio stations in Idaho, Montana and Washington on Wednesday, July 20, 2011 and on Thursday, July 21, 2011, as part of the western U.S. leg of her national radio promotional tour for her debut EP, “Me Time.” 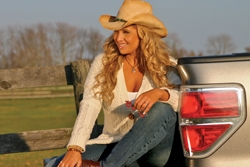 Having just come off of a successful west coast radio promotional tour in the Southern California radio market, Lisa Matassa will be appearing at the following country format radio stations this week:

About Lisa Matassa
At age 19, Lisa Matassa snagged a recording contract under the stage name “Lysa Lynn,” with the independent label Emergency Records which specialized in producing 1980s dance-pop sensations like recording artist Shannon’s dance anthem, “Let The Music Play.” Lisa, herself, enjoyed some early notoriety with two singles, 1987’s “I’ve Got the Hots For You” and 1988’s “Rock Me Baby.” Both singles got national and international airplay and reached the Top 10 on the Dance Music Charts. During this time, Matassa performed numerous shows alongside artists of the day, like Taylor Dayne, Brenda K. Starr, Judy Torres, and TKA.

“Me Time” was released independently through LMA Productions/It Is What It Is Records, and is currently available for purchase at www.lisamatassa.com and available for download at iTunes, Amazon MP3, Spotify, MediaNet, eMusic, Zune, Nokia. Shockhound, Napster, iHeartRadio and VerveLife. Visit Lisa Matassa on Facebook, MySpace, Reverbnation, Twitter and YouTube.

To request MP3s, hard album copies of “Me Time” and other information, or to request an interview, please contact: 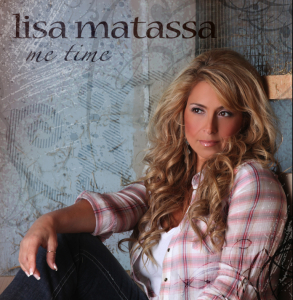 It Is What It Is Records

It Is What It Is Records logo