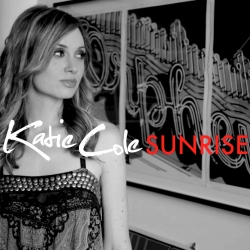 Los Angeles, CA, August 22, 2011 --(PR.com)-- Sun continues to rise for Australian songstress Katie Cole. Her latest musical offering, "Sunrise" is added to the playlist at BBC Radio 2 in the UK.

Although based in Los Angeles, CA, this is the second consecutive single from the artist to be added to the official playlist at Radio 2. Championed again by Radio Producer Phil McGarvey, "Sunrise" has already been played on Vanessa Feltz show and Aled Jones Good Morning Sunday.

The weekly playlist beginning August 20th 2011 features artists including Glen Campbell, Maroon 5, Snow Patrol, Pixie Lott and One Republic. Katie will be visiting the UK to support the release of "Sunrise" and is also set to appear on air at Radio 2 as a guest.

Katie says, "I'm so excited to travel to the UK. I'm just excited for people to hear this song."

Katie Cole is currently recording a new EP with producer Howard Willing due out late 2011. "Sunrise" will be available for sale on iTUNES 22 Aug 2011.