FoQus Music Entertainment (F.M.E) unveils an Energetic Feel-good "Banger" - the lead single off of its forthcoming and highly-fanticipated Hip Hop and R&B compilation - #TheFoQusAlbum (due out Summer 2012). 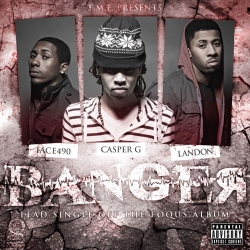 Roselle, NJ, March 07, 2012 --(PR.com)-- FoQus Music Entertainment - which is one of New Jersey's Fastest-Growing Independent music labels and a company that local fans are already calling their #1 source for Quality Hip Hop and R&B - unveils "Banger" - the lead single off of its forthcoming and highly-fanticipated Hip Hop and R&B compilation - #TheFoQusAlbum.

The official music video (available on Youtube) was directed by the exceptionally talented, Anthony Yebra from DreamMkrs Productions on location in New Brunswick, New Jersey. And it offers hip hop lovers an energy-packed fun-filled visual performance as Casper G, Landon, and Face490 live it up on camera.

When Ihuoma "Ebo" Onwunali was asked what music lovers can expect from #TheFoQusAlbum, the label’s Co-founder & CEO said, “ ‘Banger’ sets the tone for the forthcoming album with its dynamic and entertaining lyrics, body-moving original beats that will fill you with energy, get you pumped up, and make you feel good.”

Simply put, “Banger” is an energetic, fun, feel-good song that will connect with every music lover, especially Hip Hop and R&B fans - within the first five seconds of playing.

In late December of 2009 - and while attending Rutgers University & Bloomfield College respectively - FoQus Music founders Ihuoma "Ebo" Onwunali and Ihechi "Ripo" Onwunali decided that they were going to STOP complaining about the Lack of Quality music out there, and DO something about it. They knew that the only way they can bring REAL change to the marketplace is by doing whatever it takes to Discover Talented Music Artists; actually invest in the artist’s talent; and do whatever it takes to help it’s artists share their talent & vision with music lovers – like yourself -through FoQus Music Entertainment.

If You Love Great Music or Real Hip Hop and R&B, then click here to listen to this energetic feel-good song (Available for Instant Download Everywhere - including Itunes).