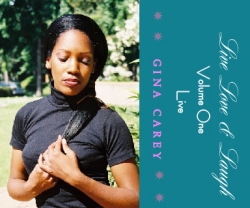 Palm Desert, CA, August 09, 2012 --(PR.com)-- Over the years, many recording artists have been known to drop no less than one CD per calendar year. However, the talented singer, songwriter, composer and producer Gina Carey is quite the exception to the rule. If releasing two CD’s in one consecutive year wasn’t enough, Gico Music recording artist Gina Carey plans to drop a third soulful masterpiece on Tuesday, September 4, 2012 ending with three CD’s in one year.

On February 14, 2012, “Valentines Day,” Gina graced her fans with “Love Letters,” a beautiful collection of well written and performed love songs. On the week of March 17th, “Love Letters” hit the Top 30 UK Soul Charts yet again rising to #16 not long after achieving the #1 spot of the UK Soul Charts last year in 2011 with her CD “Melodic.”

Her second 2012 CD, “Love Letters 2” was released On May 31st. “Love Letters 2” combined seven of Gina’s all time favorite previously released songs and included three new teaser tunes, “You, You Are Right & Being In Love. These three teasers were sneak previews to her upcoming CD “Live Love & Laugh.”

Gina plans to include12 songs on her three parts CD Live Love & Laugh” with 4 tunes on each separate release. Volume One (Live) on September 4th, Volume Two ( Love) January 1, 2013 & Volume Three ( Laugh) on May 1, 2013. The smooth soulful jazzy “Live Love & Laugh is a combination of dance to mid range inspirational & love tunes. The foot stomping & Inspiring “Live Love & Laugh” & “My All” are the first singles to be released off of this dynamic album following the Jazzy “Jam Sessions.” This CD is perfectly polished off by the angelic mid temp love ballad “Angel.” These songs were all written & produced by Gina Carey with generous guitar contribution by her husband and recording artists smooth jazz guitarist John Carey. Gina attributes the inspiration behind “Live Love & laugh” to the recent passing late father Eugene Harrison.

Join Gina Carey and a host of friends as she celebrates the release of her new CD on her Facebook page, www.facebook.com/ginacareysings. This is Gina's first ever online virtual CD release party. Gina will premier all her songs on the day of this virtual party. The "Live Love & laugh" CD release party will be hosted by Andre Scott from The Vinyl Stew Group on Facebook. There will also be a special guest performance by Gico Music recording artist John Carey (The Urban Soul Guitarist). There will be a contest, live performance's, and special surprises. This event will be held on Tuesday September 4, 2012 12pm - 2pm PST and 6pm - 8 pm PST and is free to the public. You can find Gina Carey’s “Live Love & Laugh” Volume One (Live) at most online stores including CD Baby, iTunes and Amazon.
Contact
Gico Music
Lisa Falls
760-678-5815
http://www.gicomusic.com
http://www.ginacarey.net / http://www.johncareymusic.net