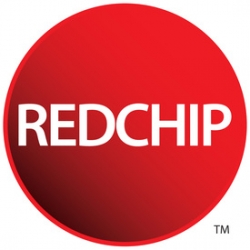 Orlando, FL, August 08, 2012 --(PR.com)-- Noted for early calls on Starbucks, Nike, Marketwatch .com, and many others, RedChip grew to become the recognized leader in Microcap Stocks and Small Cap Stocks research. Since 2005, under the leadership of Dave Gentry, RedChip has continued its strong track record of identifying winning stocks.

LKQCorp. has been another major winner. Trading for a split-adjusted $8.30 per share when Red chip first issued coverage on November 28, 2005, the stock continues to make new highs, up 315%.

Elephant Talk Communications climbed 257% to its split-adjusted high of $4.28 per share in July 2007. While it recently pulled back, it still maintains a double-digit percentage gain from its split-adjusted price of $1.20 when Red chip initiated coverage on April 23, 2008.

Investors who built a position in these companies at the start of Red Chip coverage realized big gains over the long term.

About Red Chip Companies, Inc - No1 for Micro Cap Stocks and Smallcap Stocks