Short Play Series - Smitten and Bitten: 8 Stages of a Relationship

A short play series basing the 8 Stages of a Relationship as the premise. 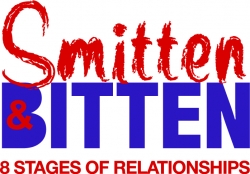 An evening of Short Plays directed by Syeus Mottel at The Gene Frankel Theatre on 24 Bond Street from September 11th-16th 2012.

8 playwrights take comic, whimsical, and sometimes poignant looks at humor and heartbreak that is everyday living in these short, spontaneous plays.

Syeus Mottel (director) has a distinguished career as a Director/Producer in theater, film and TV in New York City, Regional Theatres and in Rome, Italy where he had a film producing company. He has been a Professor of Theatre and Film History at CUNY and awarded a Ph.D. He has been awarded several significant grants including the Charles Hayden Memorial, Ford Foundation, ANTA, New York State council on the Arts and the IASTA Directors Award. Mr. Mottel was the youngest of the founding members of the Directors Unit at New York’s famous Actors Studio.

Smitten and Bitten is a short play festival written by up and coming and well established playwrights. These plays are directed by Syeus Mottel.

*This is an Equity Showcase.

For Tickets please go to: http://www.brownpapertickets.com/event/268543