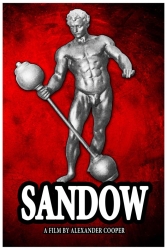 New York, NY, February 12, 2013 --(PR.com)-- Alexander Cooper announces the development of the Feature Film currently titled “Sandow”, the first full length feature film inspired by Eugen Sandow, the original strong man, and founder of body building. It is the extraordinary epic story of a legendary old time strongman- charting his rise from his beginnings as a weak child to massive success and his ultimate downfall.

All interested sponsors should in the first instance contact Alexander Cooper directly via email to alexandercooper@gmail.com outlining in brief a summary of their respective sponsorship interest and/or participation.

The concept, project, feature film and event(s) for the Sandow Feature Film project are fully owned by and copyright of Alexander Cooper in association with Cooper Capital Limited (The Sandow Project). This UK organization decided to develop, produce, and market this project globally inspired by Eugen Sandow bringing the life, story, and inspiration of the father of body building providing emotive dramatic imagery and purpose; and which provide a 'message' to mankind. The ‘Sandow project’ is one of those-inspirational, entertaining, exciting, saddening, and heart-felt. You will learn a great deal of a man whose ambition and drive was also his destruction.

Stuart Hilton has signed on to this project because he believes in the story and is a great admirer of both the person he is playing and Eugen Sandow.