The first round of the epic Red Flush Casino birthday tournament Red Hot Reels has just completed its first round. 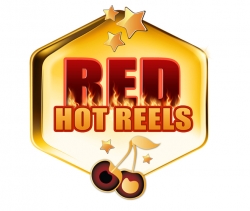 London, United Kingdom, May 05, 2013 --(PR.com)-- The online casino birthday tournament of the year, Red Hot Reels, began on Monday on 29 April and has had a very successful first week by all accounts.

“The First Round of Red Hot Reels was an unmitigated success,” said promotions manager for Red Flush Casino Alex Roberts, who has overseen the execution of Red Hot Reels. “The tournament has had a flood on entrants, both from Red Flush and from Casino La Vida, its sister online casino, and so far all the players have given glowing reviews on the tournament. We couldn’t be more thrilled,” he said.

Meanwhile, Round Two of the tournament begins tomorrow on Monday 6 May.

“The beauty of Red Hot Reels,” continued Alex Roberts, “is in the fact that Red Flush Casino members need jump through no special hoops to qualify for the tournament. All players need do once opting in to Red Hot Reels is play the games that they know and love at Red Flush as usual, wagering, depositing and having fun to get points. The more they play, the more points they have and the higher up the tournament leaderboard they climb for amazing prizes.”

This week, these prizes include a state-of-the-art De'Longhi Magnifica espresso and cappuccino maker for the round’s winner and casino bonus credits in descending order for the second, third, fourth and fifth highest-scoring players.

Second round players can also look forward to a random bonus prize from saucy Red Hot Reels spokeswoman Miss Red, who will be giving a wireless charging mat worth $60 away to a lucky player spotted playing at the casino this coming week.