Snowdonia, the newest gastropub and craft beer bar to come to Queens calls South Astoria its home, and already has the neighborhood gushing. Its Grand opening is Saturday, October 12th, 2013, with happy hour and late-night specials peppering the already-outstanding menu. 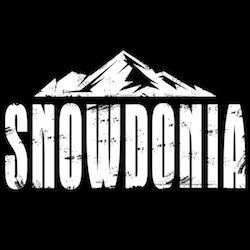 Astoria, NY, October 09, 2013 --(PR.com)-- Snowdonia, a new Gastropub in Astoria, Queens, announced that it will hold its Grand Opening this Saturday, October 12th, beginning at 4PM EST. In soft opening since early June, the bar took over the cozy space left vacant when the owners of Lucas Steakhouse decided to close down. The woefully under-served South Astoria neighborhood took to the new craft beer bar early and often, specifically praising the upscale pub fare Chef William Lubold has created since coming over from ‘inoteca NYC. Succulent roast chicken, fish & chips, the signature Snowdonia Burger, and delicate mussels in beer (just about everything on the menu is touched by beer) are just a small sampling of the menu, complemented by a vast selection of craft beers on tap and by the can.

Owners and neighborhood mainstays Carrie Spiller and Tom Davies, along with co-owners Carlos Beltran and Jennifer Waite, have been in the restaurant business for more than fifteen years, and they say it’s their passion for bringing an authentic English-style pub atmosphere to New York City that drove them to make their dream a reality. Their passion for travel and classic films, however, are what give the bar its intriguing name and lovely decor.

Mr. Davies was born in London, and still has family there. One of the places he and Ms. Spiller would love to visit while there is Mount Snowdon, the highest mountain in Wales - hence the name of the bar, Snowdonia. Step inside the warm, inviting space on the corner of 35th Avenue and 32nd Street and you’ll see skis mounted on the wall, along with traditional wooden benches and beautiful red brick that will make you feel like you’re sitting in a ski lodge. Old movies play on the two giant flat-screen TVs above the bar, and there’s quite a selection - although you’re in for a long night if you’re not a fan of Hitchcock, DePalma, or Tarantino.

The unique combination of outstanding food and drink selection, friendly neighborhood regulars, and inviting atmosphere must be the reason Eater NY recently named Snowdonia the #1 Restaurant in Queens according to their Heat Map. If the soft opening is any indication of its success, Snowdonia Gastropub has a huge hit on its hands. The Grand Opening on Saturday, October 12th will run from 4:00PM to 4:00AM, and will feature food and drink specials including happy hour and a late-night menu that serves food until 2:00AM.

A PDF version of the press release.