Go Big or Go Home with Hill Bill in Vegas 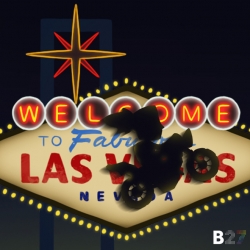 “What’s wonderful about working in the digital world is the endless opportunity for growth and improvement. Our users shared with us their reviews and requests and we delivered,” said Ajay Chadha, B27 founder. “This is just one of multiple extensive updates users can expect in Hill Bill. We are here to support our games with fresh content updates, ensuring gamers an endless unique experience.”

“Vegas” is now available for download and features 10 breathtaking courses, a collection of flashy new costumes, killer desert riding and even more outrageous jumps across some of Vegas’ hottest hotels and backdrops, such as the Bellagio Fountain, Treasure Island boat battle and New York, New York. “Vegas” is just the first of many additions to Hill Bill--stay tuned in the coming weeks for B27’s next surprise.

About B27:
Balloon 27 (B27) is an indie developer and publisher of mobile and tablet games. B27 was spearheaded by Ajay Chadha, the co-founder of Ignition Games. Chadha is well versed in Digital Media, working on brands such as Nintendo and Disney. The B27 founder believes, “As many things separate us in the world today, we believe gaming can unite us.” The idea of connecting individuals via gaming came to fruition as B27 was founded with no regard to location, language or time zone, but with a simple love for building games. While games are currently B27’s primary focus, they believe as the digital world evolves the possibilities are endless. 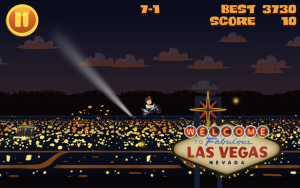 A Quick jump over Vegas!