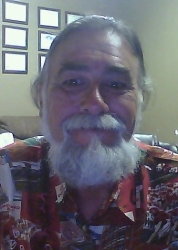 Atoka, OK, June 06, 2014 --(PR.com)-- Dennis Blackman, LPC, LADC, of Atoka, Oklahoma has been included in the Strathmore’s Who’s Who Worldwide Edition for his outstanding contributions and achievements in the field of healthcare.

About Dennis Blackman, LPC, LADC
Mr. Blackman has over 11 years experience in the healthcare field. He is the CEO and a Psychotherapist at Atoka Counseling Services, which is a counseling service providing patient care in Atoka, Oklahoma. Mr. Blackman serves as a Psychotherapist providing mental health services to those suffering from PTSD, sexual assault, schizophrenia, child abuse, molestation and substance abuse including painkiller dependence. He is affiliated with the Oklahoma Counseling Association, N.A.F.C. and A.P.A. Mr. Blackman was born on December 9, 1955 in Los Banos, California. He obtained a B.S. in Psychology with a Minor in Electrical Engineering from Southern Oklahoma State University in 1997 and a M.A. in Human Relations from the University of Oklahoma in 2000. Mr. Blackman is a Licensed Professional Counselor (LPC). In his spare time he enjoys riding Harley-Davidson motorcycles and raising horses.