Dr. Gilbert Gordon, of Oxford, Ohio, has recently been recognized by Strathmore’s Who’s Who for his outstanding contributions and achievements in the field of Higher Education. In honor of his accomplishments and professionalism, Dr. Gordon‘s image will be projected over Times Square, New York, on August 22nd 2014. 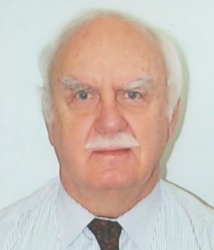 Dr. Gilbert Gordon has had a spectacular career as a renowned chemist. He began his career with the University of Maryland, serving as an Assistant Professor from 1960 to 1964, an Associate Professor from 1964 to 1967 and a Professor in 1967. His career continued with the University of Iowa from 1967 to 1973 as a full Professor. Dr. Gordon traveled overseas as a Visiting Professor and was a guest of the Japan Society for the Promotion of Science in 1969 and again in 1984. He served as both a Professor and Chair with the Department of Chemistry at Miami University from 1973 to 1984. In addition, he served as the Volwiler Distinguished Research Professor Emeritus from 1984 to 2003 and continues to serve as a Distinguished Research Professor. Dr. Gordon specializes in drinking water research, dynamics of chemical reactions, reactions of chlorine dioxide, chlorine and ozone and all aspects of analytical chemistry. Some of Dr. Gordon's major career accomplishments include developing an experimental methodology for the determination of "free" and "complexed" labile transition metal ion species in aqueous solutions. He also directed research to measure the rates of reaction and the rates of decomposition of chlorine dioxide in aqueous solutions. The chemical details of these studies continue to be used extensively by the water treatment industry throughout the world, to provide higher quality drinking water when using chlorine dioxide. Dr. Gordon demonstrated how non-linear least-squares mathematical techniques could be used for the fitting and chemical modeling of rates of reaction of multi-component redox species. In addition, he utilized Flow Injection Analysis as a technique to measure low-level concentrations of ozone, free available chlorine, chlorite ion and chlorine dioxide in drinking water and wastewater. Additional accomplishments include co-editing a definitive, 800-page review entitled, "Disinfectant Residual Measurements Methods", used by drinking water utilities in the United States, Canada and Europe. As a specialized expert in his field, Dr. Gordon described how a detailed understanding of the chemistry of inorganic redox reactions could be used to prepare better quality drinking water less expensively. Dr. Gordon has published numerous works including co-authoring "Measuring Oxidant Species in Electrolyzed Salt Brine Solutions", "A Comparison of Sulfite Ion and Reduced Iron for the Removal of Bromate Ion", "Preliminary Data on the Fate of Bromate Ion in Simulated Gastric Juices" and "Bleach 2001". He also was the author of "Residual Ozone Measurement: Indigo Sensitivity Coefficient Adjustment". Dr. Gordon has received a number of honors and awards during his career including Chemist of the Year, 1981 and Distinguished Scientist, 1982, both from the American Chemical Society, Sigma Xi Researcher of the Year, 1982, Miami University Chapter, the Bradley University Distinguished Alumnus of 1986, the Prestigious Miami University Benjamin Harrison Medallion, 1993, for Outstanding National and International Contributions to Education and Research, the Bradley University College of Arts and Sciences Distinguished Alumnus Award, 2001 and the Miami University Distinguished Scholar Award, 2002, in Recognition of Outstanding Achievements in Research and Scholarly Achievements. Dr. Gordon is a member of various associations and societies including The American Chemical Society; Fellow, American Institute of Chemists and the Ohio Academy of Science; American Water Works Association; Chemical Society of London; Life Member, Phi Kappa Phi; Omicron Delta Kappa and Sigma Xi. Dr. Gordon received a B.S. in Chemistry from Bradley University in 1955 and a Ph.D. in Inorganic Chemistry and Mathematics, Michigan State University, 1959 and in Postdoctoral Studies at the University of Chicago, 1960. He is married to his wife, Joyce since 1957 and resides in Oxford, Ohio where he enjoys wine tasting, evaluation and collecting. www.miamioh.edu

Strathmore's Who's Who honors successful individuals in the fields of Business, the Arts and Sciences, Law, Engineering and Government. We honor professional men and women in all academic areas and professions based on one's position and accomplishments. Inclusion is limited to individuals who have demonstrated leadership and achievement in their occupation, industry or profession. The Times Square appearance is given to the individual who has demonstrated consistent excellence in their career. The visual celebration of this individual will be displayed on digital screens at the venerable and historical 3 Times Square, New York, one of the busiest and most high profile landmarks in the nation.
Contact
Strathmore Who's Who
Ann Marie Barone
516-997-2525
www.strathmore-ltd.com