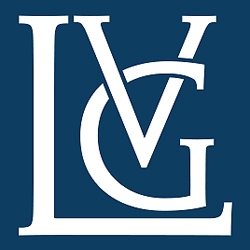 Bethesda, MD, November 25, 2014 --(PR.com)-- The Bethesda and Rockville, Maryland law firm of Longman & Van Grack, LLC is happy to announce a new addition to its commercial litigation practice. Seasoned litigator, Attorney Theodore Kiviat, has joined the firm on an Of Counsel basis.

Attorney Theodore Kiviat is an experienced civil litigator. Attorney Kiviat began his legal career in California in 1992 with the San Diego’s Chapin, Fleming & Winet and thereafter with the West Los Angeles Office of Dapeer, Rosenblit & Litvak in the areas of products liability, construction defects, insurance claims, municipal and commercial litigation. A native of Montgomery County and a graduate of Winston Churchill High School in Potomac, Attorney Kiviat relocated back to and became admitted to practice law in the State of Maryland in 2001. He began representing clients in complex litigation in the areas of construction design and defects, products liability and other commercial matters. He also represented clients in a number of transactions where he negotiated and drafted construction contracts. He later went on to represent builders and real estate developers in a variety of commercial matters. In 2012, Attorney Kiviat opened his own civil litigation practice in Bethesda, Maryland. He attended Tulane University as an undergraduate student and received a Bachelor of the Arts with honors in 1989. He then attended law school at the California Western School of Law and graduated in 1992 after receiving an award for outstanding trial skills.

Attorney Kiviat currently represents plaintiffs and defendants in an assortment of commercial matters. As an experienced litigator, he has won punitive damages for clients in two jury trials. He is experienced representing individuals, businesses and organizations from the initiation of a case through the completion of trial. He has worked in various settings including two of Maryland’s largest firms and has been in private practice since 1992.

At Longman & Van Grack, the attorneys are well versed in the areas of estate and tax planning, business and corporate law, real estate law and commercial litigation. The addition of a veteran commercial litigator will further strengthen the already robust practice in this area.

Longman & Van Grack LLC has two different locations. The Bethesda office is located at 10411 Motor City Drive, Suite 750, and the Rockville office is located at 2273 Research Boulevard, Suite 200. The firm can be reached in Bethesda or in Rockville at (301)291-5027. For your convenience, you can also fill out an online consultation request by visiting them online at http://LVGLawFirm.com.
Contact
Longman & Van Grack, LLC
Robb Longman
301-291-5027
LVGLawFirm.com