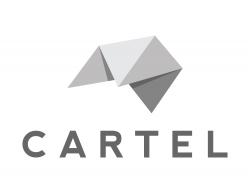 Cartel Entertainment is pleased to announce that Steven Hawthorne has joined the company as the Head of Global Business Development, bringing with him over 20 years experience in foreign business and representation, combined with a wealth of European and International media contacts and internationally renowned talent. Hawthorne will also launch the Cartel office, and operations, in England.

Steven’s role at the Cartel, in addition to expanding the Cartel’s reach into Europe, will include the development of international distribution networks, new market penetration, investor relations and generating new business for the Cartel’s properties and talent overseas. He will also be responsible for targeting potential European talent, intellectual property, and formats for the Cartel to represent and produce. He will also help represent the Cartel at global film and television markets.

"Expanding into Europe has been a strategic goal of the Cartel’s for some time," said Co-CEO Stan Spry. "Steven Hawthorne is the perfect person to spearhead this endeavor for the company. He has tremendous business, and personal, relationships and he will be an invaluable asset in finding new talent, IP, and formats around the globe. He has worked in fashion, sport and entertainment at the highest levels and has outstanding cross-platform experience. His work within many industries makes him a great choice to head our global business development team and to launch our European office."

Founded in 2011 and run by partners Stan Spry, Jeff Holland, Evan Corday, Geoff Silverman, and Eric Woods, the Cartel is a feature film and television production and management company representing top-tier show runners, show creators, writers, directors, producers and production companies in film, TV and new media. The Cartel also has been involved in more than 30 movie and television productions since inception, including the production for the series “Ties That Bind” for Up TV, and "A Place in the Sun" for Discovery as well as several recent feature films, including “Guns, Girls, & Gambling,” “The Wedding Pact,” “Out of Reach,” “Defending Santa,” “Merry ExMas,” “Crimes of the Mind,” and “The Town Came A-Courtin’,” to name a few. In 2013 the Cartel purchased and renovated Tamarind Lithography Studios, which is their new headquarters as well as a full-service production and post-production complex.