Celebrating The King of Egyptian Music, Mohamed Mounir: An Interview with ART+

ART+ interviewed the King of Egyptian Music, Mr. Mohamed Mounir. The interview is a celebration of Mr. Mounir's 25 year singing career and highlights why Mr. Mounir's songs are so popular in the Middle East. This ART+ show is on iTunes and Podcast Alley and is on www.artplusradio.org This interview shows why Newspapers say 'when you visit Egypt: Drink the Water of the Nile, Visit the Pyramids and Listen to Mohamed Mounir.

Davis, CA, December 16, 2007 --(PR.com)-- Mr. Mohamed Mounir, the most popular singer in Egypt, talked to ART+ about his album "Earth...Peace" which he produced as a prayer for peace on earth. The album contains songs with sufi themes that are meditations, prayers and hope for peace. In this interview Mr. Mounir talked about how the majority of people on earth want and are working for peace, based on equality and justice.

The King of Egyptian music, Mr. Mohamed Mounir worked very hard to earn his popularity in Egypt and the Middle East: he produced 25 albums with 250 songs over the past 25 years. The King's songs have themes from Nuba, Africa, Turkey and Arabia. In this show, ART+ plays some of Mr. Mounir's music.

Mr. Mohamed Mounir is from Aswan in the south of Egypt; Mr. Mounir talked to ART+ about how Aswan and Nubia as Egypt's gateway to Africa. Many of Mr. Mounir's songs have an African feel and it's easy to see why he is also called the Superstar of Nubian Music. 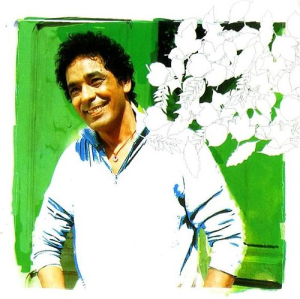