John A. Rosado Recognized as a Professional of the Year by Strathmore's Who's Who Worldwide 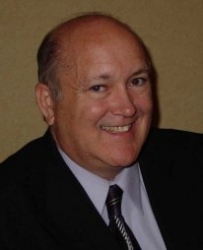 Phoenix, AZ, January 29, 2016 --(PR.com)-- John A. Rosado of Phoenix, Arizona has been recognized as a Professional of the Year for 2015 by Strathmore’s Who’s Who Worldwide Edition for his outstanding contributions and achievements in the fields of legal services and education.

About John A. Rosado
Mr. Rosado has almost 5 years experience in the legal services and education fields. He is an Independent Associate at Legal Shield which provides legal services and identity theft restoration services nationally. He is responsible for software engineering and speaks regarding the 2nd amendment, the Constitution, Islam and the constitution in the classroom. Mr. Rosado serves as the precinct Captain for Pyramid Peak Legislative District 15 and is an elected delegate to the state convention in Arizona with the Republican Party. Previously, he worked in the Mideast in Saudi Arabia and Egypt. He also started and led the Peoria South Tea Party Patriots.

He can be reached at www.johnrosado.net.