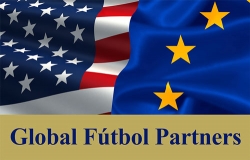 Las Vegas, NV, May 18, 2016 --(PR.com)-- On Wednesday May 25th at 7:00PM, Las Vegas, Nevada’s 35,000 seat venue, Sam Boyd Stadium, home of the UNLV Rebels, will serve as host for an international soccer matchup between SD Eibar (La Liga) and the New York Cosmos (NASL). Assembled by Global Fútbol Partners, the friendly against the Cosmos will be SD Eibar’s second US matchup of 2016, part of the LFP World Challenge. The LFP World Challenge initiative, which is now into its third year, aims to promote the image of La Liga clubs internationally.

This will be the first ever meeting between the clubs, and a chance for the US’s most iconic soccer brand to face off against one of La Liga’s most exciting young clubs.

"Our primary objective is to establish a permanent presence for SD Eibar and La Liga in the USA in terms of player development, brand awareness, and new revenue streams. In addition, it allows for American fans to take part in the excitement of La Liga, right in their own backyards. SD Eibar and La Liga are strategically building for the future, and internationalizing the worlds most popular sport."
-Global Fútbol Partners, CEO – Greg Jamison

Tickets to events are on sale now and can be purchased at www.UNLVtickets.com or by calling 702-739-FANS. Ticket outlets include Town Square concierge and all five La Bonita Supermarkets.