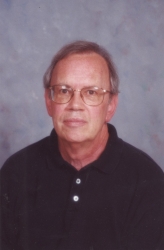 New Orleans, LA, May 29, 2016 --(PR.com)-- Thomas Williams of New Orleans, Louisiana has been recognized as a Prominent Business Leader for 2016 by Strathmore’s Who’s Who Worldwide Edition. This award is bestowed upon Mr. Williams for showing dedication, determination, perseverance and a willingness to "go the extra mile" in his endeavor to achieve the highest goals possible in his career in the education field.

About Thomas Williams
Mr. Williams has over 40 years experience in the education field. He is a Teacher at the Isidore Newman School which provides secondary education in New Orleans, Louisiana. He teaches English. Mr. Williams also gives speeches at graduation ceremonies and gives eulogies. He has published articles in the Encyclopedia of Southern Culture. He was the Yearbook Dedicatee in 2002 and the Lemann Award Winner in 2009. Mr. Williams was designated as “Teacher of the Week” by Cox Communications in 2010. In 2016, he was recognized on the Reuter’s Billboard in Times Square in New York City. He is affiliated with Sigma Alpha Epsilon, The Society of the Lees of Virginia and The Mayflower Society.

Born on December 29, 1940 in Cincinnati, Ohio, Mr. Williams achieved an A.B.D. in English from the University of Cincinnati. He has three children, Charlotte, Jamie and Anne. In his spare time he enjoys baseball and walking.