Sigma Fasteners, Inc., a manufacturer, and distributor of engineered and high-pressure bolting products, announced today that founding President, Judy Jandl and Vice President, Jerry Jandl are retiring. Cris Baker new President of Sigma Fasteners, with over 25 years of fastener experience steps to the plate with a talented group of industry veterans ready to carry Sigma Fasteners into the future. 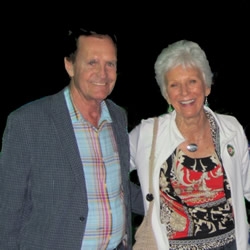 Houston, TX, July 01, 2016 --(PR.com)-- Sigma Fasteners, Inc., a manufacturer, and distributor of engineered and high-pressure bolting products, announced today that founding President, Judy Jandl and Vice President, Jerry Jandl are retiring. Judy has been in the fastener industry since starting at Lone Star Screw Company in the late sixties – a company she later went on to run and own. Judy has long been considered a champion for women in business. Winning recognition from the Houston Business Journal in 1995 as one of the Top 50 Woman Owned Businesses in Houston. Jerry Jandl is also a longtime luminary in the fastener industry starting Jandl Manufacturing, later a Lone Star Screw Company subsidiary, in his garage. The Jandl’s teamwork spanning the decades formed a driving force in the specialty high pressure bolting and coating industries.

Over the last several years, Judy has been transitioning the day to day leadership to Cris Baker, Sigma Fastener’s new president. With over 25 years of fastener experience, Baker steps to the plate with a talented group of industry veterans, recently earning the API 20E & API Q1 certifications, ready to carry Sigma Fasteners into the future. Baker stated, “I've learned so much from both of them through the years and I've always tried to live up to their standards - building a great company through great people, great products, and strong commitment to quality innovations, now tasked with holding our team to those high principles, I embrace the opportunity.”

About Sigma Fasteners
Headquartered in Houston, Texas, Sigma is one of the most trusted fastener and specialty bolt suppliers in the world, committed to first-class quality products and service. Sigma Fasteners, Inc. relies on investing in its people, leading technology and state-of-the-art manufacturing facilities to produce the engineered products to custom specifications which serve petroleum refining, petrochemical, power generation, and pulp and paper industries. For additional information, visit www.sigmafasteners.com or call +1 (281) 214-8800.
Contact
Sigma Fasteners, Inc.
Pat Garret
281-214-8800
sigmafasteners.com