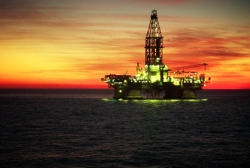 They are now breaking their silence. Recently, an announcement from Houston owned Contechnix LLC, indicates that 5 key members from Deepwater Horizon’s 115 surviving crew will be featured in an upcoming documentary.

Contechnix has contracted Henderson Enterprises, also of Houston, to assist in the production groundwork for the document.

Contechnix mentioned that other crew mates have come forward with their stories before the incident and a complementary book will follow the documentary. Although no release date was given, Contechnix says the book will be called "Our Horizon: In The Moment."

Contechnix is seeking public funding for the project by starting a GoFundMe campaign. They are using social and conventional media to spread the word of the campaign as well as looking for investors willing to fund portions or all of the project.

More information is expected to be released as the project funding milestones are completed.
Contact
Contechnix LLC
Greg Williams
800 305 9757
www.contechnix.net