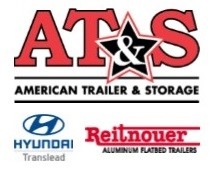 “We believe the revenue growth is a direct result of aggressive management coupled with our partnership with Hyundai Translead,” stated Joe White, Account Manager at AT&S- St. Louis. He further stated, “We are confident this growth is sustainable and replicable.” Additionally, AT&S has seen increased demand from customers in construction, transportation and distribution industries for the rental of AT&S’ storage containers and semi-trailers.

To support the growth of AT&S- Saint Louis, a new facility is under construction near Broadway and Hall Street. The improvements to the surrounding area include a new tenant for an existing restaurant and developing additional tenant space next to the existing Concentra Urgent Care. Over the next five years, AT&S plans to add nine new jobs to the new Saint Louis facility as part of the Missouri Works Program.