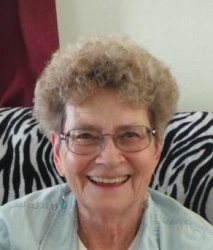 Riverton, WY, November 30, 2016 --(PR.com)-- Barbara McGuire of Riverton, Wyoming has been honored as a Lifetime Member by Strathmore’s Who’s Who Worldwide Edition for her outstanding contributions and achievements for over 50 years in the field of creative writing.

About Barbara McGuire
Ms. McGuire is an Author who writes books, poetry and short stories which are distributed in Wyoming and nationally. She has published numerous poems including "Touching But Not Touching," "Is Christmas for Cowboys," "The Autumn Season," "How to Clean Your House," "The Fortune Cookie," "The Billy Goat Who Thought He Was a Dog," "The Fifties Guys," "Presents for Mom" and "Waltzing on the Edge." Ms. McGuire has 1 book pending titled "But Not For Me.” Her poetry is in public libraries throughout the U.S. including the Library of Congress, Yale, Stanford and Harvard College Libraries. She is also included in the National Library of Poetry. Ms. McGuire’s poetry has been published by Noble House in New York and in the United Kingdom. She just had three poems published by Poetryfest.

Ms. McGuire has received numerous awards throughout her writing career and was honored with the President’s Award for Literacy Excellence from the National Authors Registry in 2000, 2 silver bowl awards in 1999 from the International Library of Poetry, the Fifth Annual Writer’s Digest International Self-Published Book Award in 2008 and the Top 2% of poetry published from the National Library of Poetry in 1995. She has also been listed in the International Top 100 in 2012 and 2013 by Cambridge Who’s Who.

Born on September 14, 1938 in Colorado, Ms. McGuire attended college. In her spare time she enjoys crocheting, camping, sewing, painting, quilting, travel, family activities and researching family history which she has been doing since 1964.