Robert H. Anderson Recognized as a Professional of the Year by Strathmore's Who's Who Worldwide Publication 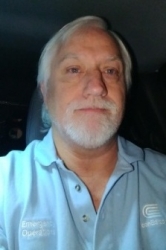 Poughkeepsie, NY, December 30, 2016 --(PR.com)-- Robert H. Anderson of Poughkeepsie, New York has been recognized as a Professional of the Year for 2016 by Strathmore’s Who’s Who Worldwide for his outstanding contributions and achievements for over 34 years in the field of energy.

About Robert H. Anderson
Mr. Anderson is a Project Specialist at Consolidated Edison (Con Edison), which is an energy company providing gas, steam and electric power systems in New York for more than 190 years. Mr. Anderson manages the corporate fleet of emergency command vehicles and mobile emergency generators. He helped to establish a corporate logistical emergency response organization within Con Edison in the mid 1990’s based upon the national standard for Incident Command System (ICS), and continues to be an integral part of its success. Along with performing logistical response for emergency situations in the field, Mr. Anderson is involved with developing training exercises and drills, as well as conducting the training for upper management for ICS staffing.

Over his 30 plus years at Con Edison, Mr. Anderson has held varying positions which included manager and Master Rigger for the Cranes and Rigging operations, manager of the corporate transportation fleet, and manager of the central distribution warehouse.

Mr. Anderson obtained a B.A. in American Studies at SUNY Oswego in 1978. Following graduation from Oswego, he entered the United States Marine Corps as an officer and spent 5 years on active duty. During that time he held a variety of logistical assignments state side as well as overseas. Upon leaving the Marine Corps, he joined Con Edison but also remained in the Marine Corps Reserve for another 25 years assigned to increasingly demanding and challenging positions. In his spare time he enjoys riding Harley Davidson motorcycles.

Mr. Anderson states, “Regardless of who you are and what you do, it is your life experiences that will guide you through the chaos; being in control of your emotions you are better prepared to respond and more apt to succeed.”