Lifetime member, Pastor Raymond Brenner of Jasper, Indiana has been selected as Professional of the Year 2016 and a lifetime VIP by America’s Registry of Outstanding Professionals for his highly regarded vocation as a Roman Catholic priest. 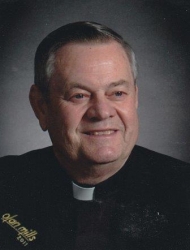 The VIP and Professional of the Year memberships in America’s Registry are of particular significance because inclusion is based on a number of factors, not the least of which is the member’s accomplishments in their chosen field. In the case of Pastor Raymond Brenner, it is also based on the positive influence that he has had on his parishioners and the sense of satisfaction that comes with knowing that he has touched them in such a spiritual way. America’s Registry is proud to honor him.
Contact
America's Registry of Outstanding Professionals
Bea Hanley
516-997-2525
www.americasregistry.com