Richard T. Pilchen Honored with a Lifetime Achievement Award by Strathmore's Who's Who Worldwide Publication 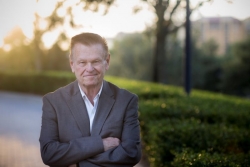 Hamden, CT, August 25, 2017 --(PR.com)-- Richard T. Pilchen of Hamden, Connecticut has been honored with a Lifetime Achievement Award by Strathmore’s Who’s Who Worldwide Edition for his outstanding contributions and achievements for over 50 years in the restaurant field.

About Richard T. Pilchen
Mr. Pilchen retired from his position as Vice President at Subway Sandwiches (Doctor’s Associates), which is an international submarine sandwich chain providing made to order subs and salads. He was the first employee of the company, starting in 1965 and maintained a working relationship with them until 2015. He served as the head of franchise sales for 15 years and was then selected to head the chain’s marketing efforts, public relations and convention planning. Mr. Pilchen arranged product placement in popular movies including “Happy Gilmore,” “Lethal Weapon 2” and “Terminator 2.” He was selected to head the marketing department and eventually focused primarily on local store marketing globally. He created the original logo for the company and started as an advertising and promotions executive. Eventually he became a franchisee with a business partner in Massachusetts.

Born on March 2, 1940 in Amsterdam, New York, Mr. Pilchen attended college. Currently, he serves on the local advertising board after retiring from his corporate responsibilities. Mr. Pilchen gives lectures to students at colleges when requested and continues to consult on many levels. He is being recognized on the Reuters Billboard in Times Square in New York City in August, 2017. In his spare time he enjoys travel, Broadway shows, music and attending concerts.