Laurie A. Stearn Honored as a Professional of the Year by Strathmore's Who's Who Worldwide Publication 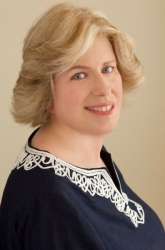 Chicago, IL, May 25, 2018 --(PR.com)-- Laurie A. Stearn of Chicago, Illinois has been honored as a Professional of the Year for 2018 by Strathmore’s Who’s Who Worldwide for her outstanding contributions and achievements for 27 years in the fields of advertising and marketing.

About Laurie A. Stearn
Laurie Stearn is the Senior Vice President of Agency Relations and Membership at the American Association of Advertising Agencies, Central Region based in Chicago. This is the trade association that provides leadership, advocacy and training that empowers agencies to innovate, evolve and grow. The 4A’s is the only national advertising agency trade association. She assists Central Region 4A's member agencies (Illinois, Minnesota, Michigan, Ohio, Indiana, Wisconsin, Kansas, Missouri, Nebraska, Iowa) in getting the most from their 4A's membership. Laurie recruits new members and helps association leaders in providing thought leadership to the marketing communications industry.

Ms. Stearn served as a Client Service Associate in the Leo Burnett Client Service Training Program, a much coveted and difficult to earn spot due to its cachet in the industry, in 1989. She was quickly promoted to a series of roles with increasing responsibility culminating with Vice President, Account Director. She left Leo Burnett in 1998. From 1998-2001 she was the Director of Internet Marketing, Marketing Strategy and Brand Management at Disney World in Orlando, Florida. She then became a Senior VP and Director of Intellectual Capital at Element 79 from 2002-2003, and a Senior Associate Director, Co-Director-Consumer Marketing Academy and Marketing Instructor at Indiana University Kelley School of Business from 2003-2005. Ms. Stearn served as a Senior VP, Management Director at Element 79 Partners from 2005-2006, and was a Principal/Consultant at Stearn Solutions from 2007-2009. She began working with the American Academy of Advertising Agencies in 2009 and was promoted to VP in 2014.

Ms. Stearn taught at the Top Consumer Marketing MBA Program as designated by the Wall Street Journal. She received two Gold Effie Awards and the Silver Effie Award. She is a Volunteer Docent at the Chicago Architecture Foundation since 2008, a volunteer docent on the CAF Architecture River Cruise which has been named one of the top 10 tours in the U.S. by Trip Advisor, and a volunteer for the Off The Street Club Holiday Luncheon since 2010.

Born August 11th in Lancaster, Pennsylvania, Laurie obtained a B.S. in Business Administration, Marketing and Management from Virginia Polytechnic Institute and State University. She then obtained a M.B.A. from the Kelley Graduate School of Business at Indiana University in 1989. She speaks English, Mandarin Chinese and Spanish. In her spare time she enjoys travel, wine tasting and volunteering.