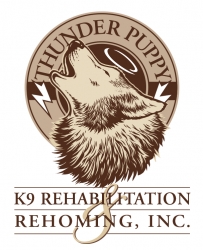 Denver, CO, September 28, 2018 --(PR.com)-- The recent closure of two of the only three Siberian Husky and Malamute rescues in the state of Colorado has left a dramatic void for at-risk snow breeds. The increase in popularity of the television series Game of Thrones correlates with a dramatic increase in the number of Huskies being abandoned.

In the series, characters have pseudo-pets that are very similar in appearance to snow breed dogs and are called “Dire Wolves.” Enthusiastic consumers seek out a Siberian Husky or Malamute, attempting to recreate the relationships and behaviors they see on television, without understanding that what they are seeing is fictional in every way. When the pet exhibits behaviors the owner doesn’t like or approve of, the animal is abandoned, and in many cases have either received no training at all or have been put in stressful, overwhelming situations, causing behavioral issues that are exacerbated by the naturally high-energy and stubborn nature of the breed.

Unfortunately, most shelters and rescues are not equipped to deal with these situations, as snow breeds, including Siberian Huskies and Malamutes, have unique personality and breed traits that make them a bit more challenging to rehome. In the past, the shelters and rescues have had several breed-specific rescue organizations to call upon. However, with the permanent closing of the second of three husky rescues in May of 2018, Thunder Puppy is now the sole remaining organization with the skills and resources to rehabilitate and rehome these wonderful, but often misunderstood, animals.

Ann McDonald, owner and primary caretaker for Thunder Puppy University and Thunder Puppy K9 Rehabilitation and Rehoming, believes that the issue starts with a basic lack of understanding of the breed traits and needs and that the general public is under-informed when making the decision to purchase or rescue a snow dog. Says Ann, “These animals require a great deal of training, constant reinforcement of appropriate boundaries, and lots of exercise and positive energy release opportunities.”

Ann’s work leverages the concepts of dog psychology and pack therapy, with her permanent pack of Siberian Huskies, making her uniquely qualified to assess these animals, provide the strong leadership necessary to address the psychological and behavioral issues present, and find lifelong and loving forever homes with humans whose own energy levels and leadership skills are a suitable match.

As the sole remaining husky rescue in Colorado, Thunder Puppy is now facing space issues, and there are many more animals in danger of euthanasia due to a lack of resources. Thunder Puppy is working very hard to accommodate as many at-risk cases as possible; however the best thing for the rescue is finding qualified adopters. Says Ann, “Having pre-qualified adopters ready at all times is so key to the rescue’s success. The more animals we can find forever homes for, the more room we have for incoming animals needing our help.”

Thunder Puppy K9 Rehabilitation and Rehoming is a 501C3 organization providing rehabilitation and rehoming services for at-risk dogs. We specialize in the rehabilitation and placement of snow breeds, including Siberian Huskies and Malamutes; we also work with high-risk animals, rehabilitating instead of euthanizing. Our methods include positive enhancement, dog psychology behavior modification, and pack therapy.
Contact
Thunder Puppy K9 Rehab and Rehoming
Ann McDonald
303-898-4238
https://thunderpuppy.org
Cynthia Del'Aria - Director of Events and Fundraising (303-641-8892 | cynthia@cynthiadelaria.com)