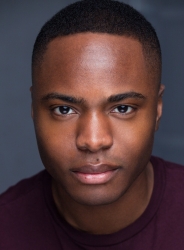 The Atlanta native got his start at age six at the renowned Alliance Theatre, and is a graduate of the prestigious performing arts and science magnet school – North Springs Charter. His breakout came last year as "Kadeuce Porter" in the Emmy® winning and Golden Globe® nominated Netflix limited series Seven Seconds, alongside Regina King and Russell Hornsby. A performance for which he received critical acclaim and earned a Black Reel Award nomination, respectively. His other credits include the CW’s "The Originals, as well various theatre and onscreen productions.

He will continue to be managed by Luber Roklin Entertainment.
Contact
DelCor3 Entertainment & PR
Deborah Regina
770-912-0573