The local safety training agency is breaking language barriers by offering training courses in Punjabi for the Sikh Community of British Columbia. 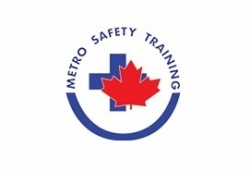 British Columbia is home to many immigrants and a heterogeneous population, with over 26% of residents speaking a language other than English and French; the two official languages of the state.

Of the different languages that are spoken there, Punjabi is the second most common immigrant language after Mandarin, and is spoken by over 11% of the recent immigrant population of BC.

This implies that a large number of people that make up the working population of the province are non-native speakers and struggle with English and French.

However, they’re as susceptible to work-related injuries and disasters as anyone else. If anything, they’re even more vulnerable because they have difficulty communicating their grievances in the official languages of the land.

“We take into account the diversity of British Columbians and celebrate it!” said Tommy Sangha, the director of Operations and head Instructor. He continued, “Since the inception of the company, we’ve welcomed all Canadians with open arms, no matter the colour of their skin or the language that they speak. This is why my team and I decided to offer safety training and first aid courses to the Sikh community in a language that they speak and understand. People ask me why I do it; it’s because I care. That’s my motto in life: care for people and never stop!”

Metro Safety Canada is a BBB accredited business that has partnered with Canadian Red Cross and is certified the BC Construction Safety Alliance to provide work and occupational first aid courses to the people of British Columbia.

Their services include courses in, First Aid Training (Level 1 to 3), Fall protection training, Forklift Operator training and many more.

About Metro Safety Canada
Established in 2008, Metro Safety Canada is a leading workplace safety and first aid training agency that operates in Coquitlam, Burnaby, Vancouver, Richmond and Surrey, British Columbia. With over a decade of experience in safety training, the Agency prides itself in professionalism as well as maintaining an empathic relationship with the community.