A foot injury lawsuit in Harrisburg, PA results in an almost $3.8 million award for the plaintiff. A Lancaster County man was awarded almost $3.8 million after a construction jobsite injury permanently damaged his foot. The injured man was represented by Howard G. Silverman of Kane & Silverman. 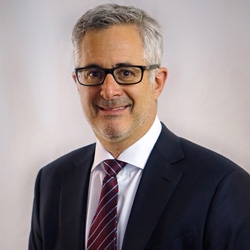 The law firm of Kane & Silverman is pleased to announce the successful verdict of a personal injury lawsuit in Dauphin County court. Howard G. Silverman represented the injured plaintiff. The defense was represented by Jeffrey B. Rettig.

The plaintiff was a certified journeyman sheet metal worker for a subcontracting company. The complaint alleges, while welding, another subcontractor's employee drove a motorized pallet jack loaded mortar over the plaintiff's foot, causing permanent injury. The injured man was no longer able to continue his regular duties as an industrial welder.

The lawsuit proved the neglect of the subcontractor. Mr. Silverman went on to prove the economical damages in medical bills and lost income suffered by the plaintiff.

On August 15, 2019, a Dauphin County jury agreed with the plaintiff. The jury awarded the injured 46-year-old man $2,877,958.40. In addition, the plaintiff will receive delay damages of nearly $1 million. The total amount awarded in this case is around $3.8 million.

Said Howard Silverman, lawyer for the plaintiff. "Our client suffers not only physically and emotionally as a result of this injury, but he will also suffer financially for the rest of his life. This verdict gives our client vindication." Howard continued, "He's a hard worker who continues to work hard, despite the terrible pain and reduced income caused by this injury."

Kane & Silverman is a personal injury law firm with offices in Philadelphia, PA and Marlton, NJ. Since 1990, Kane & Silverman has been helping injured people get the money they need.

The law firm of Kane & Silverman has been helping catastrophically injured people since 1990. Howard Silverman was the lead trial lawyer for the plaintiff with help from attorney Samuel Encarnacion and paralegal Tannia Carpenter.