Mirahj Music's Shawno has been placed on the Official Ballot for this year’s Grammy Awards. 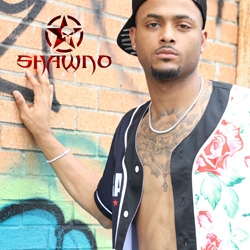 Houston recording artist Shawno has been placed on the Official Ballot for this year’s Grammy Awards by The Recording Academy in the following categories:

The city of Houston also has a lead role to play when it comes to hip hop music’s popularity. It is the home of many iconic and starry rappers and also a budding zone for newcomers. One artist who is recently becoming the talk of the town is Shawno and his tracks are defining the spark of Houston hip hop scene.

Shawno is young and enthusiastic and well versed with the changing trends of the genre. He is one star who has taken Dirty South music to the next level. The lyrics of his tracks are evocative and deal with different critical issues faced by the masses. Shawno’s persona is a combination of Eminem’s tenacity and Kendrick Lamar’s dexterity that make him suitable to perform any style in the genre. His tracks are an example of "conscious rap”; that is not only meant for entertaining but literally connecting with listeners.

The new Houston rapper Shawno is acknowledged for his single, “Digga” from his extended radio play and national attention.