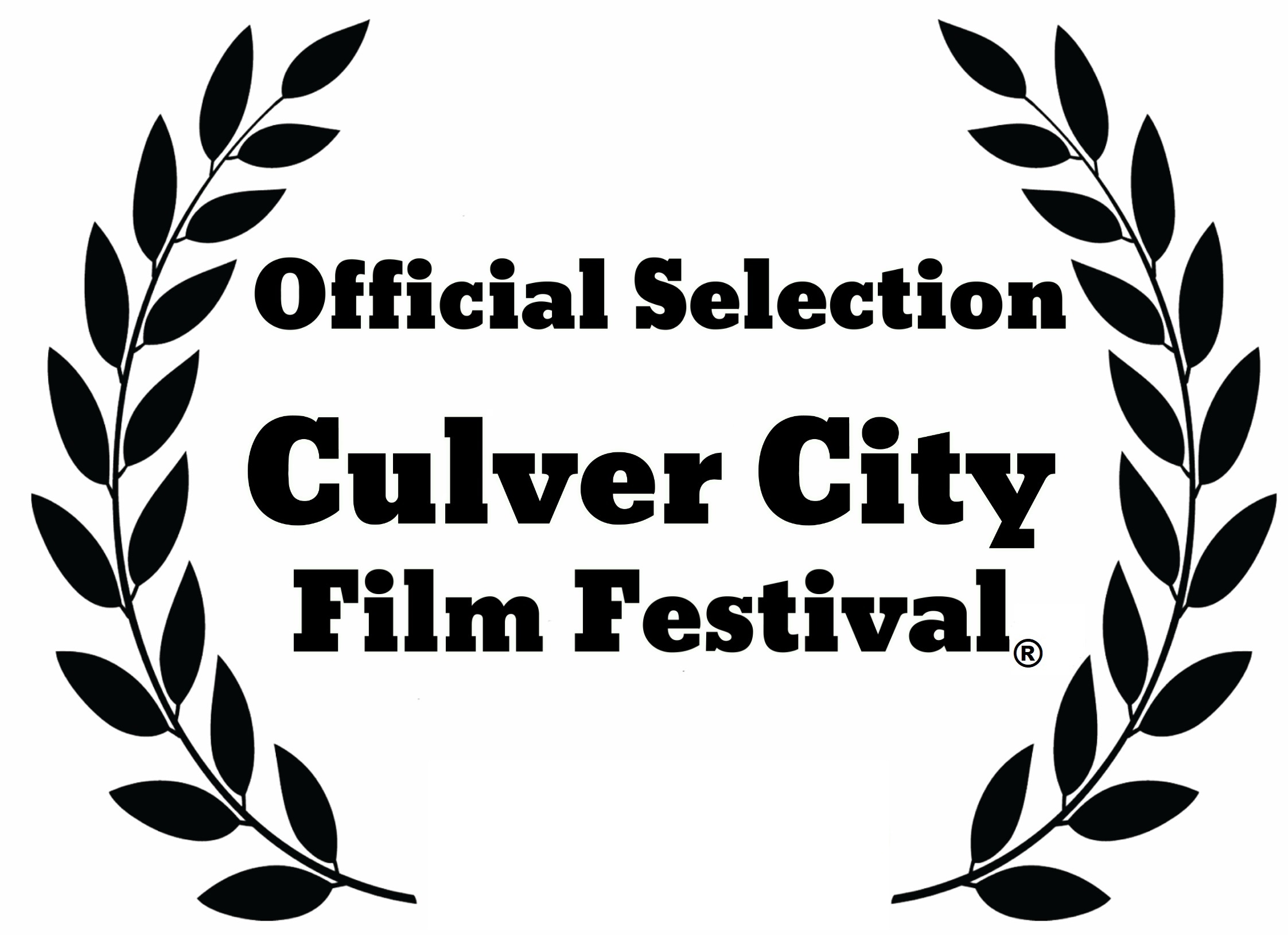 Los Angeles, CA, June 23, 2020 --(PR.com)-- Plans are underway for the 2020 Culver City Film Festival to be held at the Cinemark 18 and XD, HHLA this December. Submissions are open at FilmFreeway. For more information, please go to culvercityfilmfestival.com.

Here are some exciting highlights from the 2019 Culver City Film Festival:

Owen McClure sets out to make a movie to honor his late mother's life as a spy. Recruiting his almost equally enthusiastic pal Hamish to cast aside such ordinary thoughts of a pension plan and make the ultimate spy-thriller; as he plans to shoot the film undercover at the place where they work.

Coming Up For Air
Directed By: Robert Cicchini

When single mom Anna Russell discovers that her son Stan is unraveling, she must act quickly to avoid tragedy. Stan suddenly disappears, and Anna must find him on a journey that highlights the key role caregivers play helping those in need survive a mental emergency and successfully recover. More at comingupforairmovie.com.

“Crying F.U. Lady Rap®” is a comical look at Pat’s heartfelt tears from election night Nov. 2016 through today. We watch a comical visualization of lies and broken promises told to us by this current administration living in the White house that will adversely affect a wide variety of people who live in this country. She’s asking all of us to exercise our right to vote to stop the liars and this insanity.

This International Award Winning Feature Film was shot in Los Angeles, New York City and Moscow. An anonymous young woman creates a website that streams a 24-hour live up-skirt view of her genitals that every government in the world has been unsuccessful in shutting down. From the celebrated filmmaker of cult classics Getting Lucky and Oversexed Rugsuckers from Mars, Gam Cam Grrl is a wild and woolly ride that eviscerates conventional storytelling.

After being lured in myriad ways to a certain house, guests check in but can’t leave without being forced to face their past actions and ultimately themselves. In this house, actions have consequences. The opening chapter in this psychological horror anthology takes a young traveler on a seemingly innocent getaway that turns into a nightmare, as she is forced to face her own brutal truth.

In The Spirit
Directed By: Chase David Keller

“In the Spirit” is the first film written, produced, directed, and edited by Chase David Keller, starring a fantastic ensemble of actors: Aidan Davari, Corrinne Mica, Forest Baker, Constantine Jack Trakas, Ellen Krause, Albert Emery. The film consisted of an energetic plot line encouraged by the Christmas holiday and family members alike. “In the Spirit” is captivating audiences across the country.

Brian is a disturbed child with sociopathic tendencies dealing with a father who doesn’t love him, a mother unconvinced of his violent nature, and a newly adopted sister he believes is there to replace him. When his life eventually falls apart by his own choices, Brian blames his series of failed therapists, embracing his dark nature and taking his revenge on everyone who ever wronged him - finally understanding that accepting who you are inside can be the best therapy.

After a handy man is drugged and raped by his high powered client’s wife, the Detective handling the case tries to get him to recall the incident so he can bring the perpetrator to justice.

“Let Go: The Prelude” is the very first short drama written, directed and starred by an award winning actor Arek Zasowski, with Viola Zasowska, Daniela Tanner, Costas Eleftheriou and Paul A. Taylor. The film depicts the story of an adventurer archaeologist Henk (Arek Zasowski), who is struggling to recover and return to his normal life. Filmed on the beautiful island of Cyprus, “Let Go: The Prelude” had its Los Angeles premiere at the Culver City Film Festival.

Loves Me, Loves Me Not
Directed By: Wayne Powers

We might want to describe it as the most controversial and funny film to hit SoCal. Ali Silver searches for Mr. Right but finds misadventures that are darkly outrageous and sexy with an assortment of ne'er-do-wells who are inappropriate, unobtainable or unmanageable. Looking for Mr. Goodbar meets Sex and the City.

Two below-the-law working class men who encounter a homeless woman: a singer who has lost her voice. Her mere existence is a trigger for one of the mad boys, leading to a night with hazardous and disastrous consequences for all three individuals. In this story, there are also social problems and matters that explore two major questions: what is true justice? What is retribution?

A struggling singer/songwriter fresh from a bad break up (and a tragic loss) comes up with a crazy plan to turn his life around. He sets off to Japan, first busking in the streets and then becoming a popular club act. His main goal though, to bed as many women as he can to make his mark on the world. This second feature from Ken Webb combines wry self-deprecating NY style humor with an international and musical sensibility.

The famous Smoke House Restaurant in Burbank has been serving martinis from the likes of Humphrey Bogart to George Clooney for over seven decades. Conveniently located directly across from Warner Brothers Studios, these legendary walls have stories upon stories of Hollywood lore seeped in afternoon cocktails to midnight meetings. Join us for a drink or three.

Of Crumbs and Dreams
Directed By: Brian Giovanni

"Of Crumbs and Dreams" is the latest animated short by LA-based independent animator Brian Giovanni. Inspired by a real life ant infestation, the film explores themes of discovery, freedom, and responsibility - and what happens when obligations clash in the face of individual expression. For more information, visit www.briangiovanni.com.

Pawns is a brooding, twisting, action-packed allegory exploring with costs of war. As two crime syndicate leaders justify their manipulations of their best men to fight to the death as a means to settle a wager, they play chess and drink scotch as the two men fight to the death. Both moving and thought provoking is this action short film.

The Accompanist
Directed By: Frederick Keeve
Produced By: Julie Eagleton

The Accompanist “reflects my vision in the theme of the film, using the healing power of art to unite and celebrate who we truly are. I'm very proud of my diverse cast and the portrayal of the gay male experience through realistic, complex characters, shining a light onto gay relationships as well as family drama covering such areas as domestic violence, sex, career ambition, love and connection,” says The Accompanist Writer/Director, Frederick Keeve.

Too Good To Be Forgotten
Directed By: Andy Bystrom and John Bystrom

Unforgettable Sea Stories from WWII and Korea War Veterans with never before seen WWII color film and photographs. This film features never before seen WWII and Bikini Atoll color film and photographs taken by my dad, Lieutenant (junior grade) John Bystrom (deceased) and the historical sea stories from Patrol Craft sailors now in their 80s and 90s. The film is dedicated to the 50,000 Patrol Craft Sailors who served this country that are too good to be forgotten.

Within And Without
Directed By: Frank S. Petrilli
Produced By: Robert J. Sciglimpaglia, Jr.

Approaching their first Holiday without their mother alive, two teenage girls (one who negotiates their loss; the second, filled with anger) must navigate their avoidant-widow father out of his den of denial and back into their hearts.

Angel In A Foxhole
Directed By: Dean Love

A wonderful short film that is based upon the true story of “Smoky,” a Yorkshire Terrier found in a New Guinea foxhole at the height of World War II. Fate would entrust her to Cpl. William A. Wynne, a 5th U.S. Army Air Force, 26th Photo Squadron reconnaissance photographer who became her beloved friend and trainer. Smoky may best be known for her role in delivering a critical communication line through a buried, silt-laden 70 ft. drain pipe beneath an active airstrip.

Do you want to become a climate change victim? It could happen to all of us as we approach year zero... ecological apocalypse. There is another way, an easy way we could all begin reversing climate change immediately. But, this solution has been kept secret from the public... until now. Watch and decide the future. The clock is ticking.

“Jackson: Not Just a Name,”
Directed By: Harold Welton

A group of socially conscious African Americans from the Avalon Gardens Housing Projects, joined together under the title of the “Jonathan Jackson Educational Cadre (or JJEC)” to uplift their community. The film “Jackson: Not Just a Name,” tells the story of this Group, whose efforts to politically enlighten the neighborhood led to their being branded a Black Nationalist organization by area law enforcement and subsequent harassment.

Song of the Open Road
Directed By: Melissa Dowler

“Song of the Open Road: The Story of the Southern California Youth Chorale” is a labor of love made by members of this unique singing group, started in 1965. Started by one man with a dream of exposing insular teenagers in the 60s and 70s to the world beyond Southern California, this film looks back at how lasting relationships were born and nurtured, and how being a member impacted their entire lives.

Brenda, playing a board game with her friend Andi, draws a “Nurse” card and is transported into a hospital where she must run or take a stand against a Monster only found in Nightmares. Stars: Brooklyn Haley, Maria Olsen, Jessica Cameron, Elissa Dowling, Charles Chudabala, Meghan Deanna Smith, Noel Jason Scott. Written & Directed by Thomas Haley.

The Witching Hour emerged from a scene Thom witnessed between his parents as a child. It explores the trials and tribulations of a rocky marriage that is about to fall apart, as well as the deep love the protagonists feel for their baby girl Marie, who was born with a disability. The short film walks the line between love and hate, truth and distrust, and the profound desire to save what once was a pure and ideal love.

Made In Venice takes you on a ride with the skateboarders of Venice, California, from “raising hell” on the beach in their teens to turning pro in the ‘80s and putting street- skating on the global map. But their biggest challenge of all wasn’t becoming skateboarding legends, it was about getting what they dreamed of... a skate park on Venice Beach for the community and the Venice pro skaters of tomorrow. 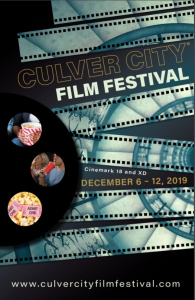