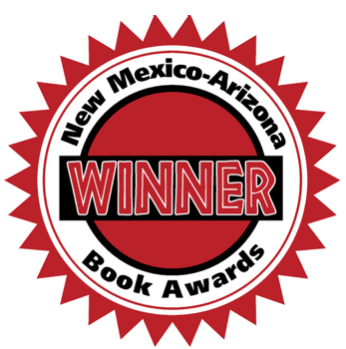 Albuquerque, NM, October 01, 2020 --(PR.com)-- Artemesia Publishing of Tijeras, New Mexico is doing back-to-back cartwheels as it celebrates the success of its award-winning authors and is excited to share that eight books released through Artemesia and its imprints have received recognition as winners and finalists in the 2020 New Mexico-Arizona Book Awards.

Publisher Geoff Habiger proudly shares that he is thrilled that Artemesia’s talented authors have been given this recognition by the NM-AZ Book Awards. “I love working with our authors to bring their stories to readers around the world. To receive these accolades shows that a small press can produce award-winning books that readers will enjoy for years to come.”

The winning authors and their books include:

"The Cactus Plot" by Vicky Ramakka won in the Cozy Fiction category. It tells the story of Millie Whitehall, an employee of the Bureau of Land Management, as she travels the harsh environment of northwest New Mexico’s highest desert. Driving treacherous roads and avoiding rattlesnakes become the least of her worries. What Millie expects to be a peaceful summer turns into a chaotic hint for a ruthless killer.

"No Place That Far" by Bruce Wilson won in the Fiction Historical (Arizona) category. Leaving behind a marked trail of evil deeds and havoc as an enforcer for powerful men, J.D. seeks refuge in the American Southwest in 1908. Hounded by the law and haunted by his own memories and his fear of getting caught, he discovers a flaw, which smolders in the core of his being. Can a man run away from trouble, from himself? There ain’t no place that far.

"Beatrice On Her Own" by Rosemary Zibart won in the Fiction Historical (New Mexico) category. Having fled the dreadful blitz in London and landed in sunny, New Mexico, Beatrice Agatha Sims has learned to appreciate a radically different culture and landscape. Her world is rocked again with the news of the Japanese attack on Pearl Harbor. Will Beatrice have the ‘gumption’ required to face the challenges the war is bringing to everyone?

"Scattering the Ashes" by Paul Semendinger’s is a winner in the Fiction – Literary category. Sam’s simple life is radically changed when his father suddenly passes away and the Last Will and Testament are read to him. Sam learns that his father’s final wishes are unique, and as such, special burden has been placed solely on Sam. To earn his inheritance, Sam’s father is sending him on a quest to travel to the places that had been significant and scatter his father’s ashes at these destinations. Now, instead of a pleasant summer, Sam is thrust into a journey he neither wanted nor asked for.

The Corrales Writing Group and their book, "Kale is a Four-Letter Word" were recognized as a finalist in the Anthology/Fiction category, and for Cover Design (6x9). The cover was designed by Alexz Uria of Dandelion Design MX Book Cover Designs. This collection of short stories shows kale in a new light. A couple of tales are horror stories about kale’s effect on a life; another one describes a speculative history of kale; one is a murder mystery where kale plays an unusual role; and one is a fantasy about kale’s rivalry with cauliflower. This book also features delicious kale recipes.

"Untouchable" co-written by Geoff Habiger and Coy Kissee’s was recognized as a finalist in the Fiction – Crime category. Saul’s life literally changed when Al Capone murdered him, and he was reborn as a vampire. But being a vampire isn’t what he expected, and an offer from Capone to answer Saul’s many questions about being one of the living dead comes at a price Saul is unwilling to pay.

"Tempest Blades: The Withered King" by Ricardo Victoria is recognized as a finalist in the Fiction Sci-Fi category. Fionn is the wielder of a legendary Tempest Blade, and he is blessed – or cursed – by The Gift. Though his days as a warrior are long over, his past leaves him full of guilt and regret. Life, however, has other plans for him, when he agrees to help a friend locate a missing person.

"Oakwood Island: The Awakening" by Angella Cormier and Pierre Arseneault is recognized as a finalist in the Fiction – Other category. A community beset by an ancient curse and stricken from within by an unseen terror is about to face evil once more. Five years have passed since several mysterious deaths shocked the residents of Oakwood Island. Life seems to be back to normal until a gruesome new discovery shatters the complacency and forces the residents to seek answers. Scott will stop at nothing to protect his kids, but will they let him? Will Burke be able to put aside his own past to solve the current mystery? Can Jack find the courage to save everyone on Oakwood Island?

Artemesia Publishing was founded in 2004 with the vision of publishing unique and interesting books. We realized there were authors waiting to tell their stories who might be overlooked by the larger publishers. We are a micro-publisher based out of Albuquerque, New Mexico that uses a traditional publishing model to work in partnership with authors to bring their work to a world-wide audience. By printing as few as four titles a year we are able to focus on quality over quantity and this has led to numerous awards for our titles.

Our first titles were non-fiction, focusing on inspirational and real-life events. Our first fiction titles were for young readers and soon we had three middle-grade series being published. This focus on middle-grade fiction allowed us to create our first imprint, Kinkajou Press, in 2009, which publishes early reader, mid-grade, and YA fiction.

A mix of non-fiction and fiction titles continue to be published under the main Artemesia banner. This includes books on art/architecture, science education that is also entertaining, contemporary fiction, romance, historical fiction, and mystery.

In 2013 Artemesia continued to grow its brand with the creation of our second imprint, Shadow Dragon Press. Shadow Dragon focuses on horror, supernatural, science fiction, and fantasy titles that will push these genres into new directions.

In 2018, we partnered with Midpoint Trade Books to distribute our titles to a wider audience, and later that year Midpoint Trade Books was bought by IPG Books, who now distributes all of our titles to a national and international audience. With over forty titles in print Artemesia Publishing and our imprints will continue to seek out authors with compelling stories to tell and to bring exciting titles to print that will educate, inform, and entertain our readers.

Additional details on all of the titles published by Artemesia and its imprints may be found on the website for Artemesia.

You may also contact the publisher, Geoff Habiger, if you would like to review, interview or profile an author.
Contact
Artemesia Publishing
Jeanie C. Williams
505-610-8531
apbooks.net