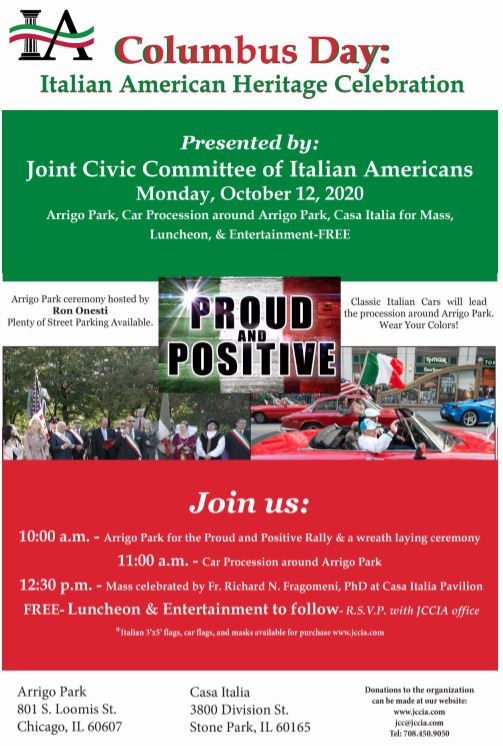 The Joint Civic Committee of Italian Americans, the umbrella organization to over fifty Chicago area Italian American groups, will hold an outdoor “Proud and Positive” rally at the former site of the statue of Christopher Columbus at Arrigo Park, 801 South Loomis Street in Chicago. The date of the event will fall on the Columbus Day federal holiday. “Our Italian American community is excited to recognize an important tradition it has practiced for generations,” said Sergio Giangrande, President of the J.C.C.I.A. “Our organization has produced the Columbus Day Parade in Chicago since its inception. Even though this year’s parade has been cancelled due to COVID-19, we still want to perpetuate the holiday in a very respectful, yet effective way. Masks and social distancing will definitely be a priority,” he said. The topic has been a controversial one for the group since the statue of Christopher Columbus was removed by the city on July 24 in response to protests and vandalism. The statue was first installed at Arrigo Park in 1966. Its pedestal surrounded by chain link fence is all that remains at the site. "Columbus Day was recognized by F.D.R. in 1934 and became a federal holiday in 1968," said Ron Onesti, J.C.C.I.A. Vice President and coordinator of the event. “On that Monday we will celebrate our Italian culture and recognize the contributions Italian Americans have made to the development of this city, and this country. We will likewise welcome all the ethnic groups who share in the history of America, as this will be a celebration of unity and positivity,” he said. 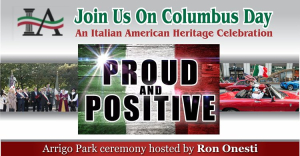