Sara J. Bernhardt Entertains, Delivers the Unexpected with Her Book, "In Gray"

Sara-Jean brilliantly leads the readers to consider every detail as the plot unfolds. They are intrigued by the mystique. "'In Gray' is an adventurous, emotion-rich and unpredictable read that does not disappoint." - Fran Briggs, Publicist to Sara J. Bernhardt 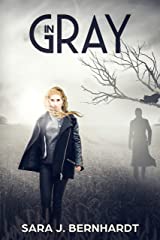 New York, NY, October 28, 2020 --(PR.com)-- California author, Sara J. Bernhardt has released "In Gray," her publicist announced today. The novel is available at Amazon in e-book and paperback formats and can be ordered at most bookstores.

“In Gray” tells the story of 17-year-old, Daisy Carmichael. After a devastating car crash that results in her being grievously injured, the teenager’s life is promptly and permanently changed.

Nobody remembers the boy who Daisy says saved her life by pulling her from the wreckage. Some doubt if the mysterious hero actually exists.

Conflicted, Daisy begins to question herself and eventually believes she is crazy until a series of dreams lead her to believe otherwise.

Published by Lavish Publishing, LLC, the riveting plot of "In Gray" keeps the reader entertained. The book, cinematic from page one, was among the entries at The 2020 American Fiction Awards.

“Sara-Jean brilliantly leads the readers to consider every detail as the plot unfolds. They are intrigued by the mystique,” stated Fran Briggs, Publicist to Sara J. Bernhardt. “'In Gray' is an adventurous, emotion-rich, and unpredictable read that does not disappoint.”

For additional information follow the author at https://www.facebook.com/sara-j-bernhardt, and on Twitter, @sarajbernhardt1. For appearances, media opportunities, and bookings, contact Fran Briggs. FranBriggs@aol.com. In Gray is available at http://mybook.to/InGray

Sara J. Bernhardt is a published author, poet, and professional editor. Her published works include: In Gray; The Hunters Trilogy; the Behind Blue Eyes Saga; Summers' Deceit (Hunters Trilogy Book 1) and Summers' Shadow (Hunters Trilogy Book 2). She has been writing since a very young age. The California author has won countless poetry and short story contests. Sara’s became the recipient of her first literary award before she was a teenager. Her greatest inspirations are Edgar Allen Poe, Mary Shelley, Bram Stoker and Anne Rice.
Contact
eMediaCampaigns!
Fran Briggs
(928) 275-1342
http://www.franbriggs.com
https://www.facebook.com/FranBriggs 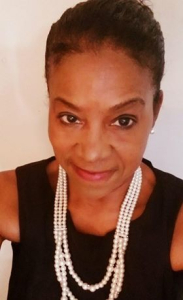