New construction homebuilder Truland Homes is on track for record sales and closings this year. With sails set on continued growth and capitalizing on a strong and growing marketplace, the company has sought nationally to attract and acquire top talent to take the company to the next level. Truland Homes welcomes three new leaders and a promotion to the organization. 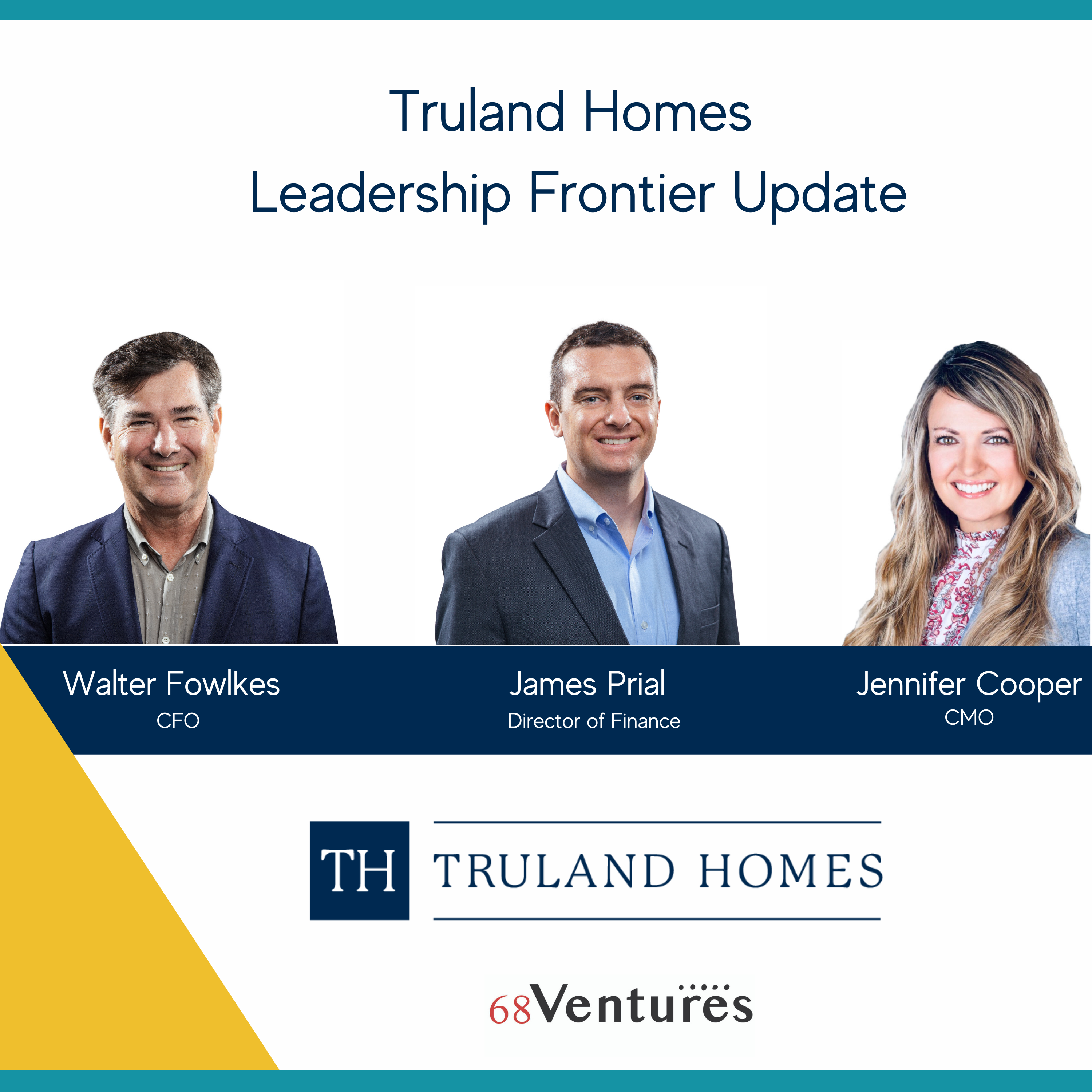 Spanish Fort, AL, November 26, 2020 --(PR.com)-- New construction homebuilder, Truland Homes, is on track for record sales and closings this year. Fast forward from their roots as a custom homebuilder to nearly a decade later, the company is now a full-service production builder reaching for a place on the top 100 Builder list, recognized on the Inc. 5000 list three times, and is one of the largest privately held homebuilders along the Gulf Coast. With sails set on continued growth and capitalizing on a strong and growing marketplace, the company has sought nationally to attract and acquire top talent to take the company to the next level.

Charles Schetter, President and CEO of Truland Homes, has a long and impressive history in the homebuilding industry. He desires the right people in the right seats for continued success marching the company toward a goal of 1000 homes a year. “Growing at scale is important for our company, but only profitable growth comes from improved processes, experience with best practices around our business and strong leadership to carry out the vision across departments and the divisions,” stated Schetter. After searching for best-in-class candidates across the country, Truland Homes is honored to announce three new roles joining the company and a well-deserved promotion.

Truland Homes welcomes Water Fowlkes as Chief Financial Officer for both the homebuilding operations and their parent company 68 Ventures. Walter joins the company with 34 years of financial services and operations experience. Fowlkes is an accomplished Finance Executive, Corporate Officer and Georgetown graduate with time spent leading finance teams at the Houston-based oil services giant, Baker Hughes, supporting global financial operations at a publicly-traded Swiss chemical manufacturer, Clariant International, and ten years in a Senior Vice President role with Bank of America out of Charlotte, NC. Walter has family roots in the Alabama Gulf Coast area and was pleased to find a role back home after years of experiences and travels abroad.

With continued growth, marketing needs to be on point. Jennifer Cooper is Truland’s new Chief Marketing Officer headquartered out of Spanish Fort, AL. Jennifer has over 20 years of marketing and advertising experience with most of her career spent in homebuilding. With time spent working for national top 10 homebuilder Richmond American Homes and most recently as VP of Marketing for Denver based Oakwood Homes, a Berkshire Hathaway company, Jennifer has received numerous accolades and recognition from the NAHB and local HBA chapters for her contributions to outstanding marketing within the industry. Jennifer will build the marketing team to support three divisions and competitively elevate the company’s image and impact on the marketplace along the Gulf Coast.

With an eye on improved financial success and processes to grow the business, the company is pleased to welcome James Prial as Director of Finance to Truland Homes. James is a recent MBA graduate of the Tuck School of Business at Dartmouth. Prior to that, he was an eight-year Marine Officer after attending the Naval Academy. Prial was previously an intern with Truland during his last year at Dartmouth where he spent time contributing to market research studies and financial planning along with drilling into learn about the homebuilding industry. Prial brings years of military leadership experience, is a mentor for Capital Partners for Education, and holds a Lean Six Sigma Yellow Belt.

While recruiting nationally, the company’s priority is internal development. With growth and hard work comes recognition. Truland Homes is honored to promote Wesley Rider to Division President for the Gulf Coast West Division. Joining in 2012, his own growth has paralleled that of the company. He has risen from Project Manager, to Area Construction Manager, to Director of Construction Gulf Coast Alabama, to Company Director of Operations. Rider has contributed to Truland’s grown from 63 closings with $18 million in revenue to over 450 closings exceeding $150 million in revenue. He graduated top of his class from the University of Mobile and found his passion for homebuilding while growing up in the family concrete business. Rider is joined by Ron Haislip, newly appointed Director of Construction, who brings 14 of experience working with Toll Brothers in a similar role.

About Truland Homes
Truland Homes is an Alabama and Florida-based Gulf Coast builder offering distinction through high quality craftsmanship, a one-stop shopping experience and lasting value in neighborhoods their customers call home. Founded by Alabama native and Real Estate entrepreneur Nathan Cox, Truland is proud to have built nearly 2,000 homes to date and is ranked on the Builder top 200 list.

The company focuses on values deeply rooted in a purpose to “see all we can do with what we have been given.” The company prides itself on giving back to the community, providing jobs and opportunities in the local marketplace, and crafting personalized new construction homes that have raised the standard in building quality neighborhoods for generations to come.
Contact
Truland Homes
Jennifer Cooper
720-557-1697
trulandhomes.com