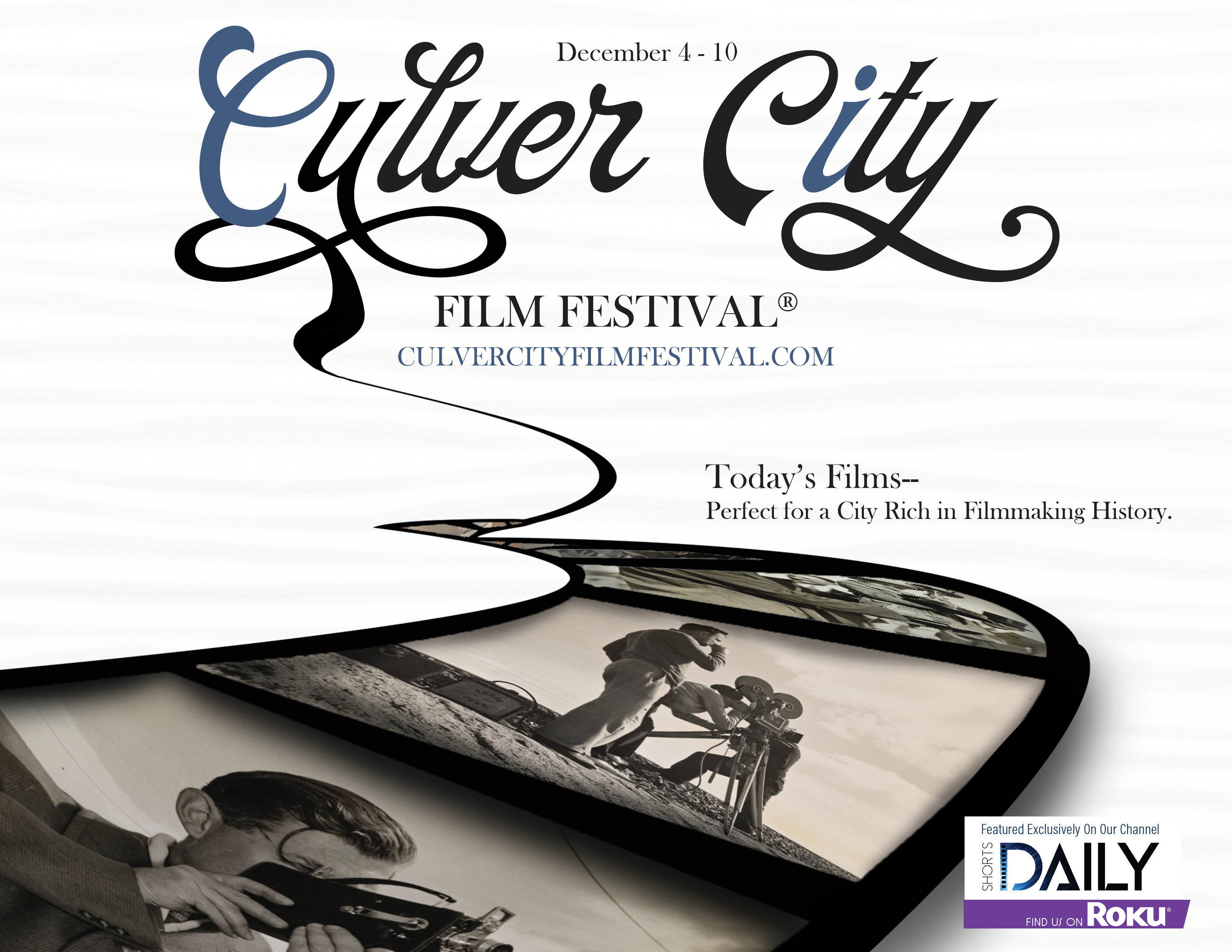 Los Angeles, CA, December 03, 2020 --(PR.com)-- The 2020 Culver City Film Festival is beginning Friday, December 4, and will run through Friday, December 11 on the ShortsDaily Roku Channel, which will stream 250 short and feature independent films from around the world. Get inspired by these great films that have been made by some of the best and the brightest independent filmmakers of today. “We’re excited to have this festival on ShortsDaily Roku Channel which brings another outlet for independent filmmakers to showcase films,” said Jon Gursha.

Join the Culver City Film Festival tonight, Thursday, December 3 at 7:00 PM, PST on Facebook Live for an intriguing look at casting in the film industry during the Opening Night 2020 Panel featuring Brian Wold & Blair Hickey, both highly regarded professionals in the entertainment industry. Brian Wold & Blair Hickey are Co-Founders and creators of CastingAbout, the online casting and production guide for professional actors. The topic for discussion is “Secrets of the Casting Process,” with an emphasis on the following points:

The realities of how casting directors receive and review submissions (and why some stand out more than others).

How to avoid the most common mistakes actors (and sometimes agents) make when submitting.

Strategies to create and maintain strong working relationships with the casting community.

The latest developments regarding virtual auditions and online casting.

There will be an awards ceremony on closing night on Zoom and Facebook Live for the festival finale.

Follow us on Facebook, LinkedIn, and Twitter. Additionally, a festival guide of films slated for the week will be available on the festival website. For more info please visit https://www.culvercityfilmfestival.com and ShortsDaily.com for streaming info.