Bruce Bellocchi - From Felon to FilmMaker

Bruce Bellocchi has a storied past but he seems to have a handle on his life now and has a new feature film he wrote that he'll also be directing which he says, proves it. 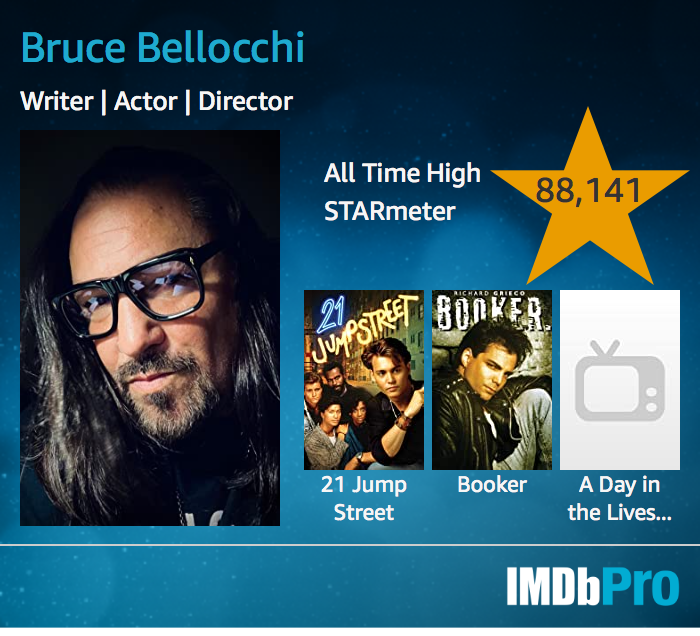 Los Angeles, CA, April 15, 2021 --(PR.com)-- In the late 1980's, Bruce Bellocchi started a career in Hollywood with a very promising future. A few roles on major television shows, a few scripts sold and a seemingly promising career in the entertainment business. But something happened along the way that derailed this promising talent for more then two decades.

Now three years after being released from prison, he has a film "green lit" that he wrote and will also be directing. And the name couldn't be any catchier, remember John Cougar Mellencamp's hit song, "Jack and Diane?" You're finally going to find out what happened to those two characters from that small town in Indiana.

Bellocchi says, "I've always been passionate about telling stories that involve human struggle and especially when they involve love. I was inspired the first time I saw True Romance. Tarantino is a genius. The Legend of Jack and Diane is 'True Romance' meets 'Thelma and Louise.' A story about two people willing to die for love and what's more beautiful then that?" Bellocchi asks.

When asked about his past Bellocchi replied, "For a long time I lived with regrets of all the mistakes I made. I finally learned how to forgive myself and strive to be a better person everyday. That's all we can do. You can't drive forward staring in the rear view mirror. We have to look ahead. Tomorrow is a new day and I'm finally in a good place."