The Eric Dalius Scholarship Will be Awarded Tomorrow, April 15, 2021

The bi-annual Eric Dalius Scholarship award will be made tomorrow, April 15, 2020.  Eric has read through many excellent essays and has made his decision.  The winning student will be advised by email. 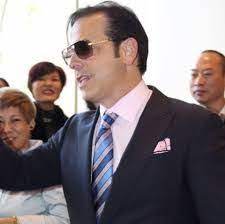 Miami, FL, April 14, 2021 --(PR.com)-- Eric Dalius is a 1992 graduate of Penn State. It was there that he majored in Marketing, and began a successful career that is now well into its third decade. His talents were plain to see by all that came across him in those early days. He carried an enthusiasm that left most he interacted with impressed, and the feeling that he was a young man on the move. His first employment after graduating was with MCI Telecommunications, formally one of the largest telecom companies in the world.

Within one year, he was amongst MCI’s the top client acquisition specialists. His time with MCI was well spent, and he notes the skills learned there as one of the keys to his success. It was during the ’90’s that Eric laid the groundwork for what would make him well known as one of the notable marketing entrepreneurs of his generation. His success was built on the hard work he was always ready to invest, and the enthusiasm that he was born with. His slew of successful ventures carried certain familiar hallmarks, including a focus to build revenues early, and relentless cost management that allowed him to create profitable ventures, and fast.

During the middle of last decade, Eric decided it was time to give back. His target was young undergraduates. He would provide young women and men from accredited colleges and universities around the United States, the chance to lower their tuition costs. He knew from his own time at Penn State that an undergraduate degree was another of the keys that allowed him to reach the level of success he sits with today. Soon enough, the Eric Dalius Scholarship was set up, and its first award was made. The Eric Dalius Scholarship is open to talented students, and all submissions are personally reviewed by Mr, Dalius.

Establishing a platform for success through innovative thought has served Eric well. But he has come to know that success in financial terms is not quite enough. It must also be about the greater good.

Winner of the scholarship
Eric Dalius will award one talented student the sum of $1000. Payment will be sent to the University at which the student attends. Funds will be deposited directly into their tuition account. Eric looks forward to conversing with the winning applicant.