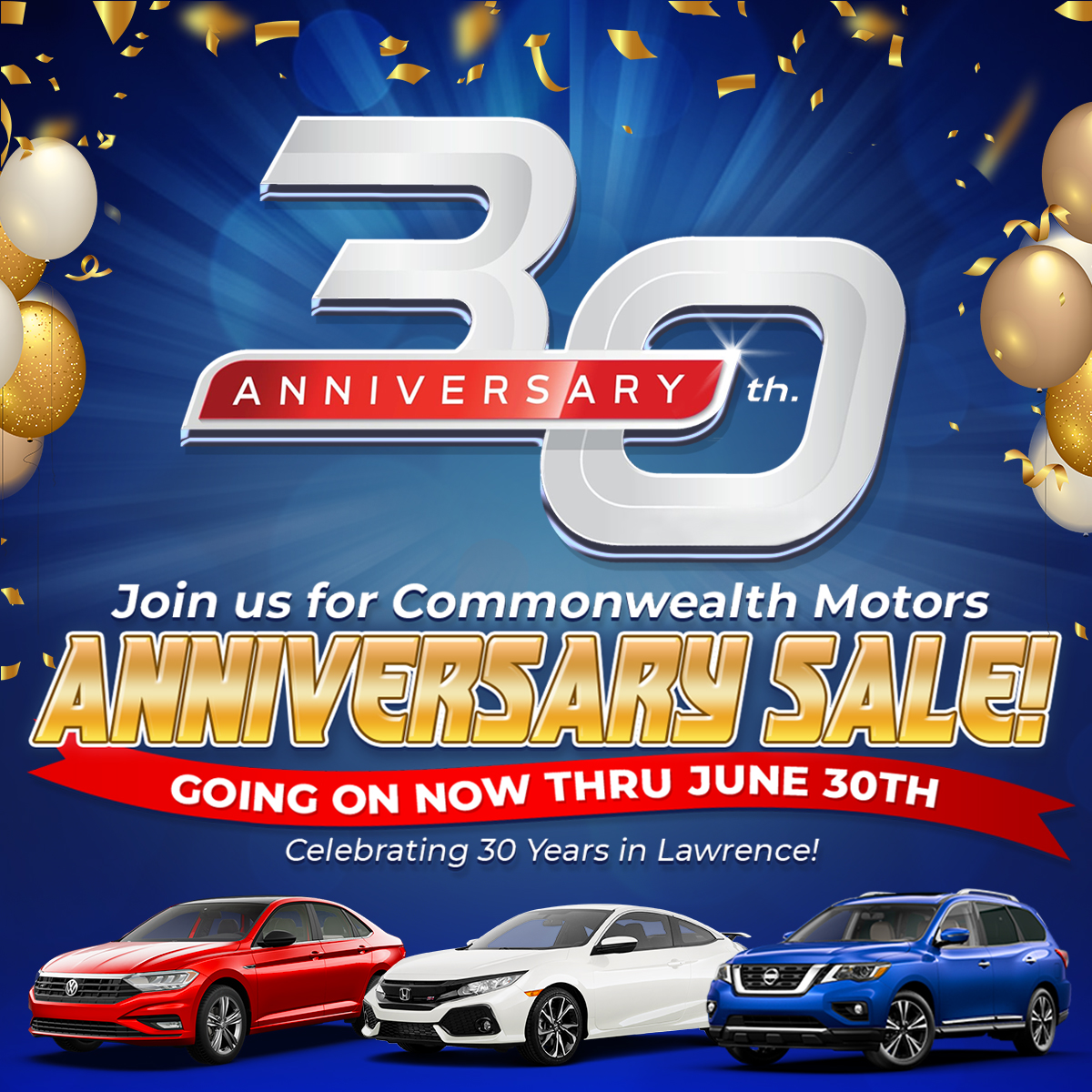 Lawrence, MA, June 09, 2021 --(PR.com)-- This June 6, Commonwealth Motors in Lawrence, Massachusetts celebrated their 30th year in business. On June 6, 1991 Charlie Daher was lucky enough to fulfill his dream of owning a car dealership and of all places, less than a mile away from the home where he grew up. Charlie worked his way through the local automotive landscape to run a large multi franchise dealer group where he took a gamble on purchasing a struggling dealership in Lawrence Ma in the middle of a recession. The dealership located at 135 Marston St in Lawrence, MA was available after being seized by the previous owners lender. He started with 3 franchises and has since grown to 5 with the addition of 2 new locations on the same street. Commonwealth Motors has been known for leading the local automotive industry with customer service and is best known for its tag line, “Shop Us Last... You’ll Love Us!” which is trademarked with the United States Patent Office. In Recognition of Charlie Daher’s contributions to the local community, which over the years is in the millions of dollars, the state of Massachusetts changed the name of the exit ramp off of Route 495 to Commonwealth Drive. Charlie has always been committed to giving back to the city he grew up in and the neighboring Merrimack Valley towns of Methuen, Andover, North Andover, Haverhill and Salem, NH in appreciation for helping him get to where he is. Commonwealth Motors is headquartered at 1 Commonwealth Drive in Lawrence, Massachusetts and operates their businesses at 2 Commonwealth Drive, 6 Commonwealth Drive, 121 Marston St. and 155 Marston St. all located just off Route 495 in Lawrence, Massachusetts just south of the Methuen Massachusetts line.
Contact
Commonwealth Motors
Greg Carbone
978-687-3000
www.shopuslast.com