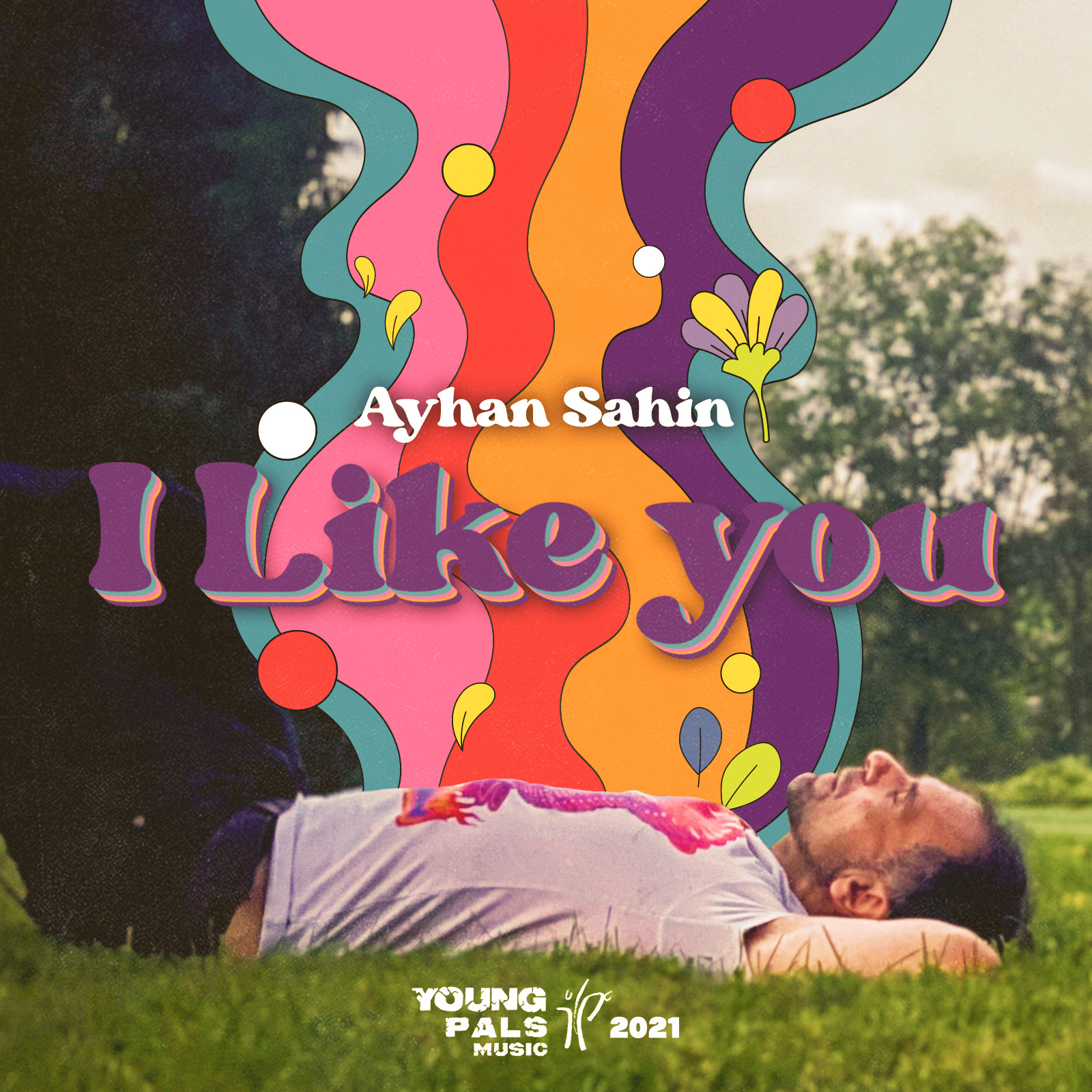 New York, NY, October 01, 2021 --(PR.com)-- Don’t be fooled by the deceptively simply title of Ayhan Sahin's fifth single from the award-winning album "Pop." While “I Like You” is, for sure, a giddy, rollicking uptempo pop jewel, its lyrics are decidedly PG-13.

But first... the production... Imagine a mélange of organic guitars and driving percussion, spiced with a power house wall of background “na-na-na” and “bah-da-bah-dap” vocals performed by Sahin, with vocal arrangements by Jerri Bocchino, so full-bodied that they actually become part of the instrumentation. That is a trademark of Young Pals’ founder Ayhan Sahin - who also commandeers the vocals in this fall 2021 release.

Co-written with longtime collaborators Bernadette O’Reilly and Emre Yilmaz, “I Like You” opens with: “All alone in my room I’m sitting, All alone in the hole I retreat, All alone in my womb... And then you come along, You mysterious thing, Like a secret police...” Then things get mighty real in the chorus: “I wanna hear you, I wanna hear you whine, Anything to talk to you all the time, Cause I like you.”

The song came together - like so many creative works - in the midst of the pandemic in Sahin’s New York City base. Sahin was able to rally his chosen musicians to produce the track at his Young Pals Studio in Lower Manhattan: Mike Sorrentino on drums, Carras Paton on bass, Gene Blank on guitars and Rob Preuss on piano, with Keith Fluitt and Jerri Bocchino on backing vocals.

Sahin adds, “When Bernadette showed me the new song she started working on, I wanted to sing it because I knew what it meant to her and I knew that I could deliver it the way she wanted because I was also relating to the words myself. I am very proud of the outcome. Not only the song met with my vision but also allowed me to try as a vocalist a challenge that I wouldn't dare otherwise."

Ayhan Sahin’s fifth solo single marks the finale release from the long-awaited full-length collaborative project “Pop” that features iconic artists of pop music’s timeline such as The Village People’s iconic cowboy Randy Jones, platinum selling artist Anita Ward, veteran recording artists Jerri BoKeno along with Keith Fluitt, Christi Bauerlee, and David Keeley. All songs are co-written and co-produced by Ayhan Sahin with hit songwriter Bernadette O’Reilly who has also worked for three decades in music management and Artist Development... Overall, the singles released from the "Pop" album saw critical recognition from award shows winning awards for categories, “Best Pop Song,” “Best Video” and “Best Singer.” Last but not least, Randy Jones’ single “Hard Times’” hit the Billboard Charts to claim a one month run on the Dance charts building a legendary status for Randy to be the only member of The Village People who achieved success as a charting solo artist.