“My News” is Complete

Jason Salt, a prominent newscaster, breaks down during a commercial break, but a little savior appears. 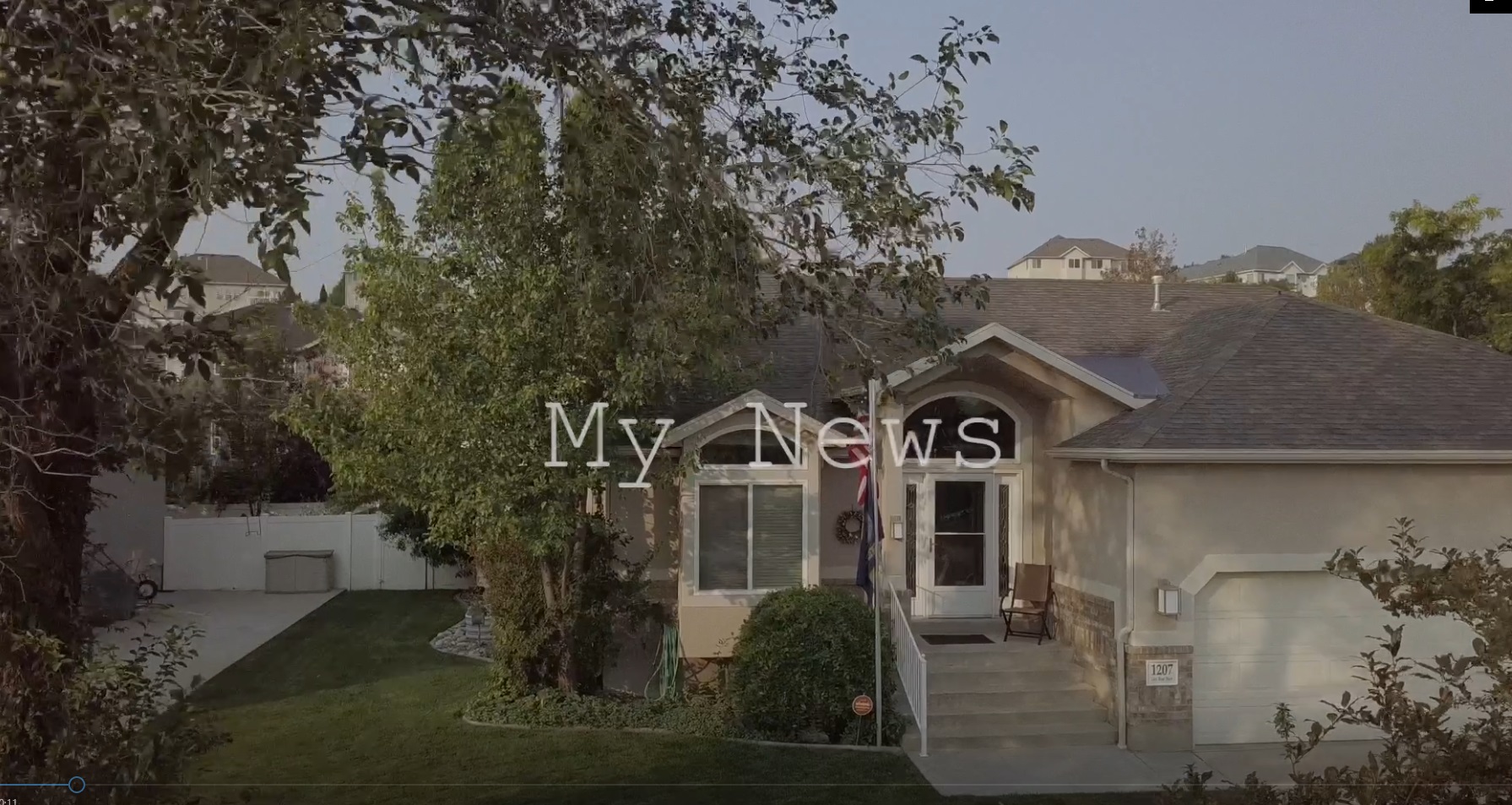 Murray, UT, November 22, 2021 --(PR.com)-- The short dramatic film "My News" has been completed. The post-production process is over, and the producer will be submitting it to the film festivals soon.

Carl David Blake wrote, produced, and directed "My News." The movie stars Hadley Ann Nielsen as Maddy Salt, Alyssa Namazi as Lisa Salt, and Michael Zurn as Jason Salt. Adrian Pacheco, the cinematographer, carefully filmed each scene to capture the essence of the plot, and Jordan D. Brockman, the editor, cut the scenes together brilliantly. In addition, Russ Whitlock, the music composer, put together a phenomenal score that tied the scenes of the movie together very well.

In addition, Adrian shot the movie on an iPhone-12, so it would be eligible for iPhone-only film festivals as well as the others. Several prominent Hollywood directors urged Carl to participate in the iPhone challenge, shooting a movie using a cell phone, and after putting it off for years, he decided to go ahead and do it.

"My News" is a dramatic film about Jason Salt, a prominent newscaster of a major news station, who has a breakdown during a commercial break before a little savior appears. "My News" is an engaging story about hope and love, in a pressured world. Furthermore, all the footage for "My News" (drone, actual movie, behind the scenes, and interviews) was shot in one day, actually under eight hours, as the team pulled together effectively to get the footage completed.

"My News" is for all audiences, and children over 6 years old will enjoy the plot structure of this short, narrative film.