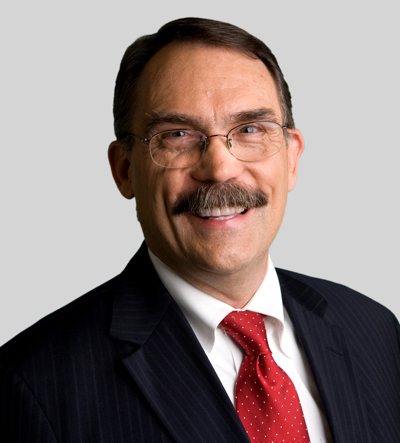 “Charlie” Gay will direct several initiatives in the use of magnesium, its alloys and related compounds, to make energy generation and storage more efficient. He works across several industries -- automotive, aerospace, construction, electric utilities and pharmaceuticals, as leader of a multi-disciplinary Galaxy team.

His core mission is to utilize magnesium in transformative ways to help inaugurate a lightweight, efficient future, reducing greenhouse gases and their impact on global climate. He will help meet one of the great challenges of the 21st Century -- reinventing the global energy economy to stop damaging the earth, helping the living planet and all its inhabitants.

Charlie is a pioneer of solar power and renewable energy, and has worked on all five continents in ground-breaking assignments. He is a physical chemistry engineer by training, and has accumulated knowledge during a 45-year career in advanced materials of all kinds, in most applications of renewables, how to refine and commercialize scientific breakthroughs and scale them to global markets.

Dr. Gay commented: “I have always sought over-the-horizon challenges that make a real difference in how we produce, use and store energy -- for the home, transport, and industry. Magnesium is a common element, but it has uncommon properties that make it a flexible transformation agent -- from how we charge batteries, to how we power electric vehicles, to how we convert the toxins of oil and gas production, to how we refine steel and build our buildings -- even to how we wash our clothes. I’m fascinated by the challenge of mobilizing this potential for Galaxy, developing products and global markets, to serve and preserve our planetary community.”

One of Charlie’s first projects for Galaxy will be a specialized coating for lightweight magnesium-based electrodes that will more efficiently charge the billions of batteries going into new generations of electric vehicles. He will also help to implement a magnesium catalyst that can convert the harmful greenhouse gas properties of methane into useful propane and hydrogen, thereby relieving stress on the earth’s ecosystem.

Michael North, Chairman of Galaxy, said, “I’ve known Charlie for more than 20 years, when we met in Washington and took on an impossible challenge -- building a solar-powered village center for the developing world. Since 1997, Greenstar has brought useful energy to communities around the world and has inspired emulation and extension by many. This was made possible by the visionary energy and commitment of Charlie Gay. Now we’ve come together again, in Galaxy Magnesium, where we have a similar mission, on a larger industrial scale -- to use advanced science for people and planet. The need is critical, and the time is now.”

Charlie Gay will be returning to one of his corporate homes -- Xi’an, China -- where he built a large, productive manufacturing enterprise for Applied Materials. Xi’an is near the epicenter of China’s most productive magnesium mining centers, in Shaanxi Province. He will work with the best scientists, engineers and manufacturing specialists in China to forge a world-class international team. One of its first missions is to establish a green magnesium manufacturing operation using high-density magnesium ore from mines in western Canada, produced by West High-Yield Resources of Calgary.

Updates on these and other developments in the ever-expanding Galaxy of magnesium are available by subscription to Flash, the journal published by Galaxy Magnesium, at https://galaxymagnesium.com/contact-us/

Galaxy is the first international magnesium trade joint venture between China and the United States. The company has consolidated access to 20% of the world’s magnesium supply. Based originally in Yulin, central Shaanxi Province, Beijing, and in America -- New York and Honolulu -- the mining and manufacturing company has New York executive offices, showroom and conference presentation facilities.