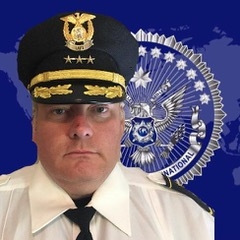 Carrollton, MO, May 10, 2022 --(PR.com)-- Jerrod L. Crockett of Carrollton, Missouri has been honored with a Lifetime Achievement Award and an American Achievement Award by Strathmore’s Who’s Who Worldwide Edition for his outstanding contributions and achievements in the field of law enforcement. The Lifetime Achievement Award recognizes individuals for their achievements, credentials, contributions, or longevity in their chosen fields. Recipients of this honor are dedicated and have worked hard to reach the pinnacle of their careers. The American Achievement Award is given to those individuals who have made a difference in the lives of others and have been recognized for their achievements and high level of success on a national basis. These professionals have a passion and dedication for their chosen profession and have been acknowledged for consistently demonstrating outstanding leadership qualities.

Crockett specializes in law enforcement operations, counter terrorism, and criminal investigations. Over the past 20 years, Crockett has served as a juvenile crimes detective and held the positions of detective, watch commander, supervisory police officer, desk sergeant, patrol sergeant, patrolman, and traffic investigator. Prior to that, he served with the U.S. Army military police for 11 years.

Throughout his career, Crockett received many honors. He was a three-time recipient of the Army Achievement Medal and the Good Conduct Medal. He received three bronze campaign stars for his Southwest Asia Service, and received medals for the Liberation of Kuwait and Kuwaiti Defense. Crockett also was awarded the Armed Forces Expeditionary Medal, and Korean Defense Medal. He was honored with the Army Service Ribbon, and the Overseas Service Ribbon on three occasions. In addition, he received the National Defense Medal, Meritorious Unit Citation, Superior Unit Citation, ten Certificates of Achievement, and the Commander’s Award 22 times. Jerrod Crockett was nominated for Soldier of the Month three times, received On Spot Cash Awards for exceptional service twice, and a FOP Letter of Commendation. He has an Expert Pistol Qualification Badge, Expert Rifle Qualification Badge, German Marksmanship Badge (silver), a Service Award from International Guards Union, and various foreign awards for service and recognition. He was a guest speaker for three virtual conferences sponsored by United Nations affiliated groups and given the Gold Star Achievement Award by the United Business Women’s Association of Nigeria and Diaspora in August 2021 for speaking on behalf of women’s rights in third world countries, the LogRythm Pinnacle Award-Security Leader of the Year for 2021, and received Continental Who’s Who Professional Leadership Recognition.

Most recently, Crockett, as a representative for the United Forces International Organization, was honored to be invited to be the flag bearer for the North Missouri Special Olympics and sponsor for the Carrollton, Missouri Half Marathon.

Born June 28, 1970 in Kansas, Crockett attended both Stratford University and Kaplan Institute for Criminal Justice and Police Science. He completed studies at the Peace Operations Training Institute (Police/ Military Studies) and attended the American Institute of Applied Science for Forensic Science and Technology. He earned his B.S. in Terrorism and Counterterrorism Operations at the International Institute for Counter Terrorism in 2008. Crockett completed the McAfee Institute Board Certification for Senior Executive Leadership, Certified Professional Criminal Investigator and is currently attending McAfee Institute for Business Administration and Management. He also holds numerous licenses and certifications.

In his spare time, Jerrod enjoys family activities and travel.

About Strathmore’s Who’s Who Worldwide
Strathmore’s Who’s Who Worldwide highlights the professional lives of individuals from every significant field or industry including business, medicine, law, education, art, government and entertainment. Strathmore’s Who’s Who Worldwide is both an online and hard cover publication where we provide our members’ current and pertinent business information. It is also a biographical information source for thousands of researchers, journalists, librarians and executive search firms throughout the world. Our goal is to ensure that our members receive all of the networking, exposure and recognition capabilities to potentially increase their business.
Contact
Strathmore Worldwide
Hailee Matthews
516-677-9696
www.strathmoreworldwide.com
Syndi Reibman