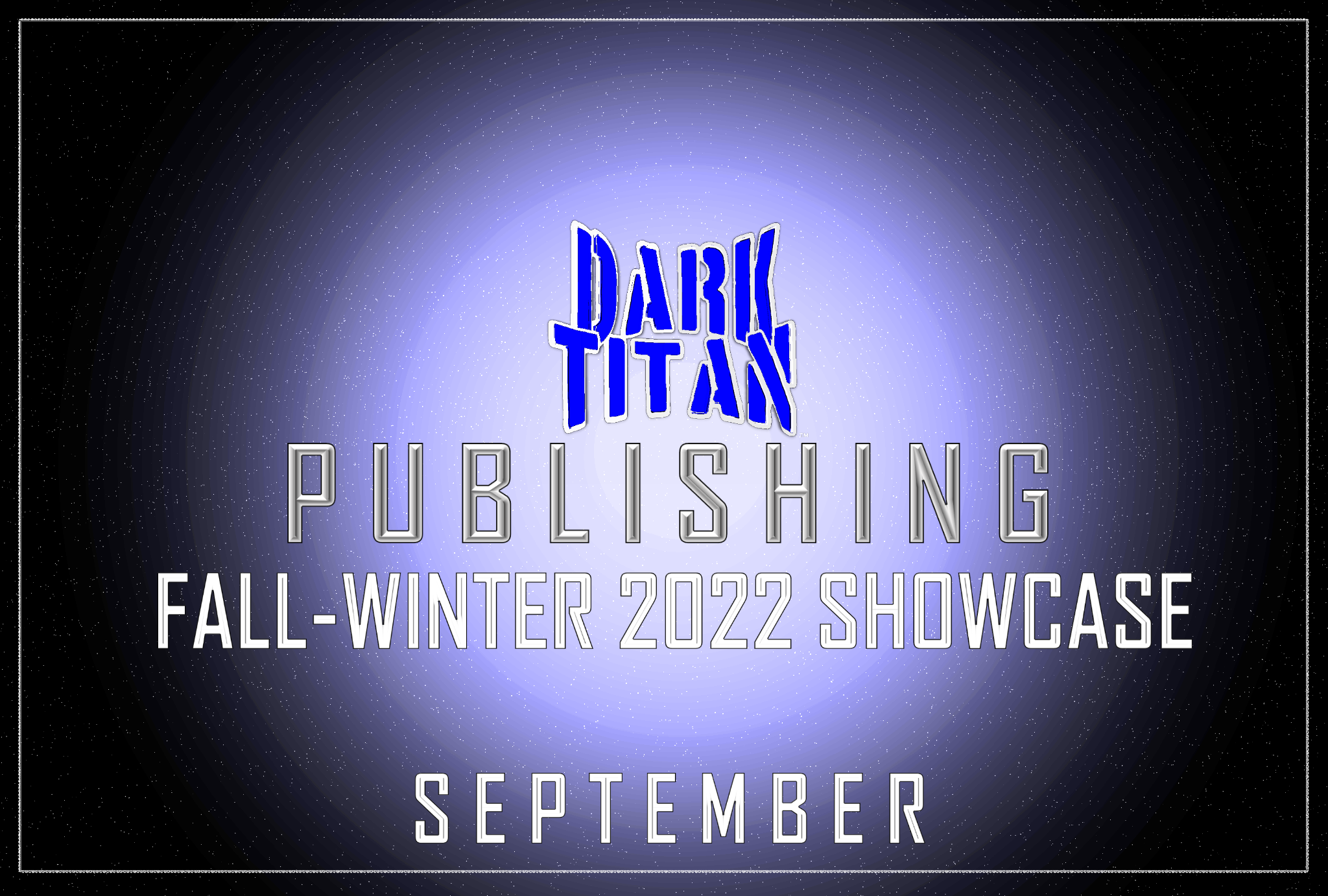 Alexandria, LA, June 22, 2022 --(PR.com)-- Another reveal is coming this year and it is a big one. Following the official reveal of Dark Titan’s The Sacred Swords will be a showcase dedicated to the upcoming Fall-Winter 2022 publishing slate. The first Dark Titan Publishing Showcase will present the top titles coming in October through December of this year.

Titles which will be presented will include, Magicks & Mysticism: Book 9 of the Dark Titan Universe Saga series, Consequences of the Suffering: The Haunted City III, The Gods and Men of Argoron, EverWar Universe: The Damned Ones and a few more.

The Dark Titan Publishing Showcase is coming in September. The date will be unveiled in August after the reveal of Dark Titan’s The Sacred Swords.