Songwriting Duo John Wetton and Geoff Downes Will be Recording the Third Wetton-Downes’ iCon Studio Album in September 2008. Release and Tour in 2009.

London, United Kingdom, July 15, 2008 --(PR.com)-- Following the extraordinary success of the Reunion of the Original Members of Asia and their acclaimed all-new album Phoenix, songwriting duo John Wetton and Geoff Downes have announced they will be recording the third Wetton-Downes’ iCon studio album in September 2008. The album will be released and supported with a tour in early 2009.

Fans and critics alike have clamored for more from Wetton and Downes, whose songwriting formed much of the fabric of the successful Asia reunion release Phoenix. Joining the duo are guitar virtuoso Dave Kilminster, fresh from successful tours with Roger Waters and Keith Emerson, and Cellist Hugh McDowell, whose unique sound helped frame the first two iCon releases. Rounding out the band is Pete Riley, considered one of the “best drummers in the world”, whose work with Keith Emerson, Kilminster and extensive live and session work shows an extraordinary breadth and depth of style.

John Wetton and Geoffrey Downes formed an extraordinary songwriting partnership – their work has fuelled lists of legendary rock and roll music since 1981. Fans have been delighted to see them tour with Carl Palmer and Steve Howe in the Reunion of the Original Members of Asia. The all-new album Phoenix was a special treat to fans, generating the performance of fresh and memorable hits written by the duo.

While Asia is on hiatus (the band will be back in 2009 for more dates), fans have demanded more from Wetton and Downes; the two enjoy each other’s company and love writing together. They are happy to oblige.

This album will see Wetton reunite with guitarist Dave Kilminster. The two worked together in the John Wetton band during the nineties, as well as in the short-lived, but highly distinguished band Qango. Kilminster is a renowned guitarist whose own reputation as a singer and songwriter has grown. He has performed with legends of rock such as Wetton, Keith Emerson and Roger Waters. Kilminster has just completed a 2 year stint on lead guitar and vocals with Waters’ celebrated global staging of Dark Side of the Moon, which played to millions. That tour featured a highlighted appearance at the Giants' Stadium Live Earth Show in 2007, viewed by almost 2 billion people (approximately a third the world population) . Dave is much in demand and his guitar work is simply stunning. Wetton and Kilminster are very much looking forward to working together again.

Cellist Hugh McDowell once again joins the iCon family. He appeared on both prior albums, although 2009 marks the first time he will tour with the band. Well-known for having helped construct and develop the unique sound of the ELO (Electric Light Orchestra), an ever-present in that band's enormous and lengthy success, he also adds a special flavour to iCon.

Wetton says, “Hugh McDowell is an integral part of iCon’s organic personality. His presence in the music adds more than sonic embellishment – it changes the essential fingerprint of the music.”

Drummer Pete Riley has long been considered “one of the best drummers in rock” by those legends of rock who have worked with him ... and those who’ve simply watched him on stage. Riley is featured on Kilminster’s solo album and has toured with Kilminster as part of the Keith Emerson Band. He is well known throughout the world as an extraordinary musician in live and session work. Riley's skills span all types of music from rock to complex fusion and jazz.
Wetton and Downes are pleased to be able to respond to fan and critical demand by returning to the studio to create this new album and then to tour it with these outstanding players. 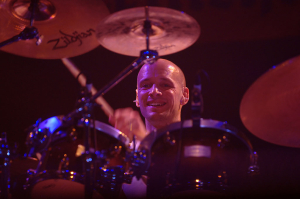 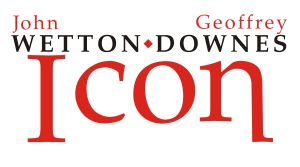 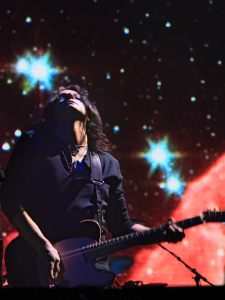